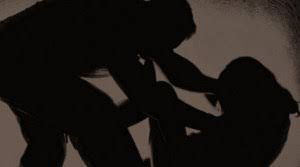 Barr Hauwa Shekarau, the Country Director of Ipas made the call at the ongoing annual Providers Network Conference with the theme “Improving Collaboration among Providers” in Gombe.

Shekarau explained that VAPP which was signed into law by former President GoodLuck Jonathan in 2015 sought to end sexual violence and protect rights of survivors to receive comprehensive medical care.

She however, noted that the Act covered only FCT when signed but some few states, including Kaduna, Ogun and Edo had adopted it for the benefit of the women in their states while some were still in the process and others yet to begin.

“When all the states of the federation adopt the violence against persons prohibition Act, it will become easier for Ipas and other partners to implement the policies that improve women’s health and rights across the country which will reduce the alarming rate of maternal mortality,” She said.

Shekarau explained that over 250 participants for the Conference were drawn from Taraba, Adamawa, Jigawa, Abia, Ogun, Gombe and FCT.

She said the essence of the annual conference was to share ideas, experiences and challenges among doctors, nurses, midwives, community leaders, the media, security agents and others in order to enhance efficiency in women’s health care delivery.

She decried the situation where Nigeria records 800 to 1,100 deaths per 100,000 life births in the country, saying all hands must be on desk to find the way out.

Shekarau however, commended the Federal Ministry of Health and state ministries of health where Ipas was intervening for their cooperation.

Dr Kennedy Ishaya, the Gombe state Commissioner for Health, who declared the conference open, commended Ipas for it tremendous support to the improvement of health facilities and capacity building for health personnel in the state.

Ishaya, however, challenged Ipas and other stakeholders to come up with local policies on abortion which he noted, was one of the major causes of maternal mortality rate in the country.

“I want to challenge Ipas and all of you here to come up with a local policy on abortion to help us curb thousands of death by women from unsafe abortion in the country.

“We cannot continue to rely on foreign policies on a sensitive issue like abortion when it is causing the death of women and girls in a number that is unacceptable,” he said.

Several reports have disclosed that resource persons from health sector were on ground to take the participants through various aspects of women reproductive health and rights, access to post abortion care, use of contraceptives among others.

It was reported that attendance at the conference include Doctors, persons living with disability, community based organisations (CBOs), other NGOs, officials from federal and state ministry of health, the media and the police.