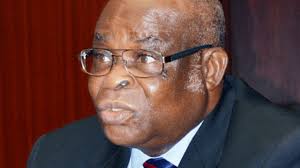 The Federal Government On Thursday Closed Its Case In The Six-Count Charge Of Non-Declaration Of Assets Preferred Against The Suspended Chief Justice Of Nigeria (CJN), Justice Walter Onnoghen At The Code Of Conduct Tribunal (CCT).

After calling three witnesses in the case, the prosecution counsel, Alhaji Aliu Umar announced the decision of the prosecution to close its case against the suspended CJN.

When the Tribunal chairman, Yakubu Umar asked the lead counsel for the defence, Chief Adegboyega Awomolo (SAN) of his reaction, Awomolo prayed the court for the record of proceedings in the matter to enable the defendant filed a no case submission