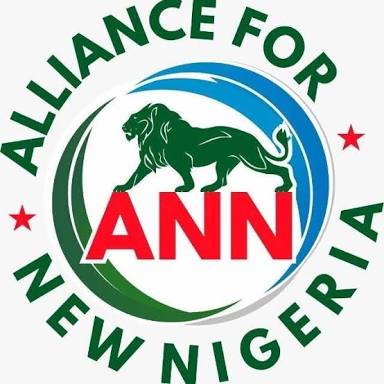 Journalist turned civil rights activist and politician, Mr. Gbenga Olawepo-Hashim was a prominent figure in the formation and early days of the Peoples Democratic Party, PDP. He left the party and the country just about the final crisis of the PDP in the Olusegun Obasanjo era to focus on his business cutting across oil and international investments.

The Kebbi State born Olawepo-Hashim was recently adopted as the presidential candidate of the Alliance for New Nigeria, ANN and also by the Olisa Agbakoba led Peoples Trust

In this interview, the presidential candidate speaks on his prospects, his prescriptions and his place in the brewing political battle for Nigeria.

Excerpts: What is your response to the emergence of Atiku Abubakar as the presidential candidate of the PDP?

By all standards, the Waziri of Adamawa is qualified to be the President of Nigeria. Having been Vice President before, but the 2019 election is a different election, I think Vice President Atiku missed his chance of being president in 2007 and talking about in 2019 is like talking about the future of Nigeria and at the same time facing and reasoning backward.

80% of Nigerians want to see a new direction, they don’t want to go backward, and Vice President Atiku Abubakar is a man of yesterday.

What competitive edge do you have over him going into this election?

Number one, I will be able to unite the country, I will be able to build a strong economy given my experience. I’m that candidate that majority of voters particularly first-time voters and who are very significant, almost about 15 million of them, who are not supporters of APC or PDP. And then, my friends in PDP and APC who have made up their mind that when it comes to presidential election ‘we will vote Gbenga,’ that’s an edge I have going for me. I believe, no other candidate in this election has that.

What are the basic ingredients of the alliance that ANN has forged with People’s Trust and other political parties as reported?

The People’s Trust, the PT is a party promoted by National Intervention Movement. The whole idea is to key in into the strategy of national intervention movement that promoted for almost one year running now. So this is not just any initiative, it’s just being consolidated and taken up some further steps. I think the issue is to build a stronger political platform that’s also committed to the idea of national unity, economic development, security in the land and to have a Nigeria where the life of every citizen will count and no discrimination against anyone regardless of your ethnic descent and religious beliefs and a true federal system, these are some of the issues that the platform is committed to. I think the alliance with the National Intervention Movement shows you that this is the natural platform that I belong to. The leader was the president of the Civil Liberty Organization while I was the national administrative secretary of the Committee for the Defense of Human Rights. In 1990 with me and some other patriotic Nigerians, some are late today; we travelled the whole of northern Nigeria consistently for about three weeks in a bus to get the consensus of our people on how to end military rule. I think most importantly for me, and my priority is to expand the GDP of Nigeria because this is the most important issue and the economy is too small for 180 million people. If you consider that even in 2013, when Nigeria made a lot of money from oil sales, the country made less than 50 billion dollars in total revenue, that same year Disneyworld a private company that markets entertainment in Florida made 47 billion dollars. So for 180 million people that revenue base is too small and its GDP of 510 billion even though it was celebrated as being the biggest in Africa as at 2013 equals to poverty, and that’s why you see that almost two-thirds of the country’s population still live below two dollars in a day. And that’s why you see that the life expectancy rate in Nigeria is 53 whereas, in Liberia that experienced civil war and Ebola on a max scale, their life expectancy rate is 61, Sudan is 63. We need to build a bigger economy, and the New Economic Development Programme (NEP) which we have planned will move Nigeria from 410 billion US dollars to 4 trillion dollars in ten years, and that will bring our average per capita income to be at par with countries like Malaysia, Thailand. If it boils down to a choice of two, who’s the better devil between the APC and the PDP candidates?

Let me be clear; the next election will not be a bet between two Devils, we have passed that stage in 2015 where Nigerians were forced to make that choice. In 2015 I heard some people saying I just want Jonathan to go but can you honestly say that Nigeria is better now than 2015 in all the indices?

We have lately heard of issues and factions in the ANN. What happened?

Well you know once a party starts becoming relevant, then you will have lots of internal contestations. There was an attempt to have one convention where a candidate was supposed to have been produced with delegates from six states out of the 26 states where the ANN is presently constituted but at the end of the day the NEC took the appropriate decision to annul it and those involved have been punished according to the party constitution and at the convention of the party where we had about twenty states in attendance out of the 26 states where I was elected presidential candidate, a decision was also taken to fast-track the alliance discussion with other political parties like PT which also adopted me as their presidential candidate. Now we have about ten political parties also coming to the alliance, and I will be running as the flag bearer of the entire alliance of the political parties. For different reasons some of our supporters ended up in different political parties, some even in SDP.

Who were those responsible for the crisis in ANN?

I think the one in ANN came from the APC, some powerful elements in the APC who have presidential visions and who think that the APC platform will not be available for them post 2019 elections, and they want to see the ANN as a holding platform for their interest. One thing they wanted to do was to make sure that ANN didn’t have any nomination at all for any office, that was defeated by our members who have been patriotic and then the second attempt was this last sponsored crisis, but well that’s politics.

Are you ready for the Presidential debate?

Yes, I’m looking forward to the presidential debate with Alhaji Buhari and others who are presidential candidates of their various parties.

There are insinuations that Buhari will send Osinbajo to debate on his behalf?

But the youths you expect to vote for you in the other parties threw up septuagenarians in the persons of Buhari and Atiku. Were you disappointed?

You see the two major political parties have their problems; that’s perhaps why somebody like me didn’t run under them. I have a lot of friends in PDP. I left PDP in 2006. I have a lot of friends in APC too. I’m not against old people because they are old, that’s not the narrative here. Mandela was very old and advanced in age, and he was a good president because he had the legacy and history that recommended him to the whole world as a leader. Trump is 70, and the economy is doing well under President Trump. Even though you don’t like him, the economy of America is growing. So I’m not against anyone because you are young or old, and I’m not marketing myself as a young candidate, that’s not my selling point. The most important thing is the history, experience, competence that I bring to the table, so it’s not just a question of young versus old. You are not breaking any record by being young, yes we need young people but young people with content, history, experience. There’s some skill set that’s necessary, and I take exception to people who don’t want to have any experience, they want to start from the top, you don’t want to be councillor, chairman but your first shot in politics is to become president.