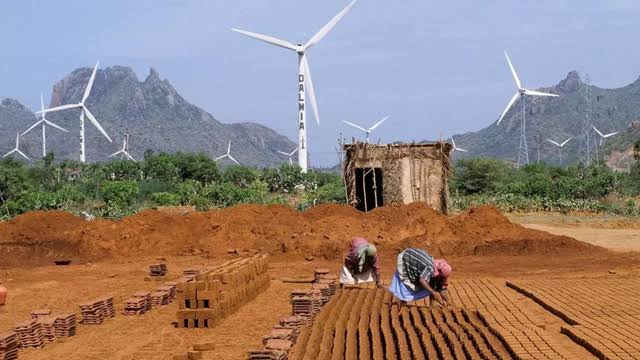 Every time you see a building in Nigeria with “This house is not for sale” painted on it, it is a stark and painful reminder about Nigeria’s failure to reform one of the most critical ingredients for economic development in any society. Since 1978 when it came into being, Nigeria’s Land Use Act (LUA) has never been amended – not even the punctuation marks in the act have been changed.

In a briefing document prepared for the APC by its own transition committee after it won the general elections in 2015, the number one priority for the incoming Minister of Works and Housing was to forward the LUA amendment bill of 2009 to the National Assembly for passage. A Presidential Committee on Land Reforms was to be established for this. No such thing has happened. No one can look at the current government and say that land reform is anywhere near even a top 20 priority for it.

When you take a high-level view of the report, you find that almost all the states have made some progress when compared with 2014 (only Cross River, Gombe, Nasarawa and Zamfara have regressed). But when you dig deeper into the report you find what is now the Achilles heel of reform in Nigeria.

The SDBR classifies reforms into 4 broad areas – starting a business, dealing with construction permits, registering property and enforcing contracts. On the first one, the average score for all the states was 76. This is the area where reforms are mostly concentrated and also the easiest changes to make. Dealing with construction permits is the second strong area with 69 being the average score. Enforcing contracts comes next with states averaging 55. It is when you get to registering property that you see what failure looks like – Kaduna state is the highest scoring state with 45. The average score for all the states was 26 – half the average score in sub-Saharan Africa of 51.

In a country where it is so difficult to register property, it makes sense for people to spray paint “This house is not for sale” outside their property. Today in Nigeria, it is possible to sell property that does not belong to you. Many people have learnt the hard way and so to avoid being a victim, people bypass a failed system by using a paint and a brush.

There have been stories in the newspapers of people ‘registering’ their land with juju to ward off usurpers. The newspapers are full of stories about court cases that have been going on for decades and no one yet knows who really owns the property in dispute. 4 years ago, Nigeria’s former Surveyor-General, Professor Peter Nwilo, said that less than 3% of landowners in Nigeria had certificates of occupancy for them. To repeat – he was not talking about 3% of Nigerians, he was talking about 3% of landowners.

Things are so bad in this area that simply making a small change can have a dramatic effect. To quote from the report – ‘In registering property – where Kaduna made the biggest jump in its DTF score – the state restructured its land registry, now called KADGIS; replaced percentage-based registration fees with flat fees; and made the issuance of the governor’s consent much more efficient.

This overhaul resulted in one of the most significant improvements recorded in the Doing Business in Nigeria series since 2008’. By eliminating 30% of the paperwork and 30% of the costs, the process of registering a property in Kaduna was shortened by 2 months. The LUA is still a terrible law but reform has been totally abandoned that even small changes that might qualify as marginal revolutions have been completely abandoned by most states.

This is the big reform waiting for Nigeria. It is the economic magic bullet that is waiting to be unlocked for economic development. When there is a reliable and clear method of owning property that does not require using paint on your fence, the dead capital in those properties can be unlocked. Once you understand that probably 70% of all loans made by banks in Nigeria is secured with property, you begin to understand the scale of the challenge given that only a tiny minority will qualify for loans if only 3% of landowners have proper documents.

How can a country claim to be planning for the future and not even discuss its antiquated land laws? The LUA concentrated so much power in the hands of governors that they are now effectively holding the future of the country hostage since they won’t give up their powers without a big fight.

Property ownership rights are at the core of economic development. A country that chooses to look away from its problems in this area is merely jogging on a treadmill.

42 thought on “Nigeria’s Next Big Reform!”