Credible elections: The press must put pressure on politicians to get it right – Okowa 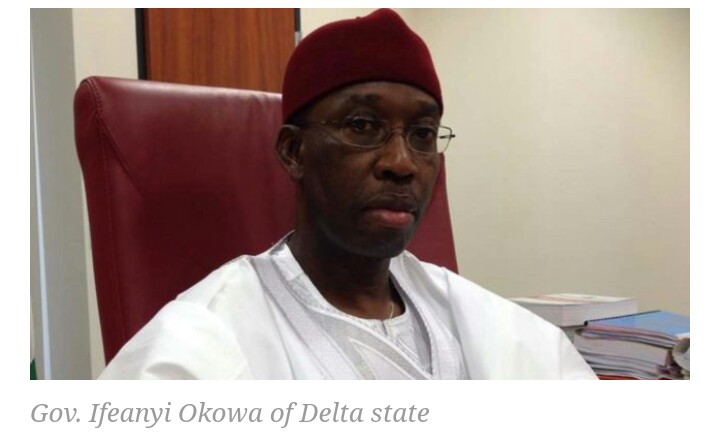 Gov. Ifeanyi Okowa of Delta has challenged journalists to put pressure on politicians to ensure they do promote free, fair and credible elections in the country.

The governor gave the charge on Friday at the 14th All Nigerian Editors Conference with the theme, “Credible Elections, Sustainable Democracy and the Nigerian Media” in Asaba.

He said that the politicians on their own could not achieve credible elections without the press mounting pressure on them to do the right thing, by reporting facts and figures about politicians.

According to him, the press needs to enlighten Nigerian politicians and insist that votes count at every election in the country.

“You can put the politicians under pressure to do the right thing to ensure the conduct of credible elections in the country.

“This is because if the people know that their votes count, they will have confidence in the electioneering process and they will do the right thing.

He said that the process of credible elections starts from the selection process at the party level, for those who would represent the people at the elections.

“The selection process before the election must be proper because credible elections depend on the structure and way the parties conduct their primaries.

“Once the process is not credible at the level of primaries of the parties, the likelihood is that the wrong person has been picked,” he said.

He said the press must play its role to improve the situation in the country, such that elections would be conducted peacefully in a secure environment, where the security agents would not need to carry guns.

Okowa said that voter education alone could not ensure credible elections nor check vote buying as long as majority of the people remained impoverished.

He encouraged the media to continue to speak to the conscience of the people, discouraging them from selling their votes and conscience, the politicians would always have their way.

“I believe that with time, we will get it right. From 1999 to date, we have gradually tried to improve on our democracy but still far from where we should be.

“The press has a role to play by speaking to the conscience of the people.

“If the people continue to sell their votes, then it will be very difficult for the person coming in to maintain a high integrity after spending so much money during the election,” the Delta Governor said.

He said that in all of these, Nigerians were counting on the press, particularly the Guild of Editors to help the country achieve free, fair and credible elections.

The governor, however, reeled out most of the infrastructure development, health insurance, youth and women empowerment programmes and many others executed by his administration in the last three years.

24 thought on “Credible elections: The press must put pressure on politicians to get it right – Okowa”