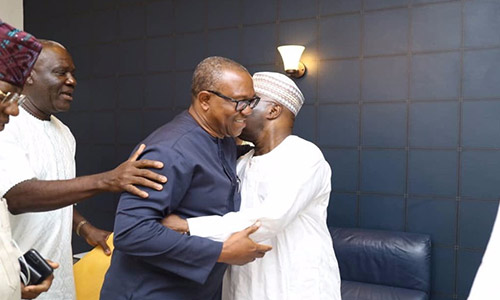 The presidential candidate of the Peoples Democratic Party, PDP, Atiku Abubakar, on Friday picked a former governor of Anambra State, Peter Obi, as his running mate.

Our reporter gathered that Mr Atiku made the choice after narrowing his search for running mate to a politician from the South East.

Though there is no official comfirmation yet, one of the senior aides of the PDP candidate confirmed Atiku’s pick for running-mate to our reporter but pleaded not to be quoted because he was not authorised to speak on the issue. The aide however said Atiku would in due course formally present Obi to Nigerians.

On Wednesday, ThisDay reported that at least three technocrats and two politicians have been penciled down for the position.

The PDP hierarchy are still undecided between the South-West and South-East, on the zone the position should be allotted.

Both zones were believed to have helped Atiku neutralise the Northern zones’ delegates’ votes that went to Sokoto State Governor, Aminu Tambuwal, during the presidential primary on Saturday.