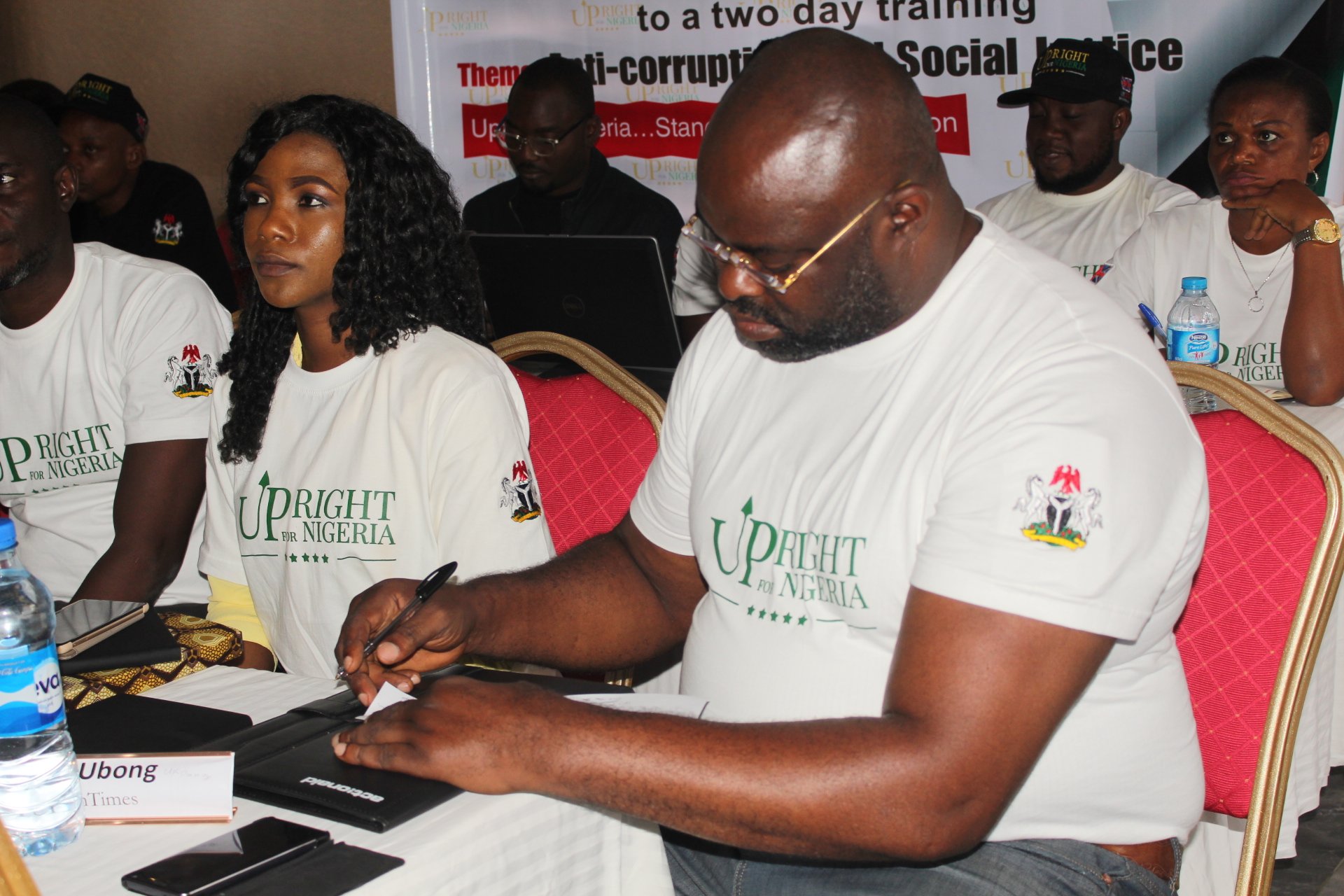 Twenty-nine Nigerian journalists have been trained by ActionAid Nigeria on how to help in the fight against corruption, social injustice, and poverty in the country.

The journalists, drawn from different media organisations across Nigeria, converged in Uyo, Akwa Ibom State, for the two-day training, which ended on Wednesday.

ActionAid and its partners – Journalists Against Poverty (JAP) and Upright For Nigeria, took the journalists through the depth of damage corruption, social injustice, and poverty have done to the country and its citizens, and why the media should lead the campaign against the vices.

Funmilayo Oyefusi, the director, Organisational Effectiveness, ActionAid Nigeria, told participants that Nigeria has lost so much, because of corruption.

She appealed to journalists to ask questions and do stories that would ensure that money meant for development is actually used for such purpose.

“If you take the North-east of the country, for instance, the people affected by the insurgency would have been settled in their homes by now, with the amount of money that has gotten into the area,” Mrs Oyefusi said, adding that ActionAid was committed to helping build the capacity of the media in Nigeria.’

“Use your investigative skills to tell the development needs of the people, as well as those things that are acting as obstacles to development.

“Let’s write compelling stories that will get people to think about social justice and how to end poverty in Nigeria,” she said.

The resource persons in the training included Ibanga Isine, an award-winning journalist and a visiting journalism teacher at the American University of Nigeria, Yola; Wale Elekolusi, the coordinator, Journalists Against Poverty; and Newton Otsemaye, the project manager, SCRAP-C, a project of ActionAid Nigeria.

“Journalists are the most powerful and most feared professionals, and yet only very few of them appeared willing and ready to use the profession to change things in this country,” Mr Isine said, while taking the participants on how they, as journalists, can lead the fight against corruption in Nigeria.

Mr Otsemaye said it is unfortunate that Nigerians have abandoned the naming and shaming approach to corruption, and are now celebrating corrupt individuals.

“Nigeria is a place where someone serves jail term, and as soon as he is released from jail, he is being celebrated as he steps out of the prison’s gate. He gets to the church on Sunday for a thanksgiving where he gives a testimony that his enemies wanted him dead, but that God saved him. The pastor will shout ‘praise the Lord’ and the congregation will answer ‘Amen’,” Mr Otsemaye said.

“Nigeria is the only country were public funds are shared in the house of politicians and people appear to see nothing wrong with this.

“If you are celebrating corrupt leaders, you are as guilty as those who steal public funds,” he said.

Mr Elekolusi said the goal of Journalists Against Poverty is to help in the reduction of poverty in Nigeria by amplifying the voice of the underprivileged people in communities across the country.

He said his organisation was prepared to mobilise journalists for the task ahead.

“Journalists must not stop at just reporting poverty; they must step in to become advocates against poverty,” he said.

A social network was created at the end of the training for easy coordination and collaboration among journalists willing to become advocates against corruption, social injustice, and poverty.

One of the participants, Dotun Roy, commended ActionAid and its partners for the training which he said was timely. “We now feel better equipped for the job,” he said.