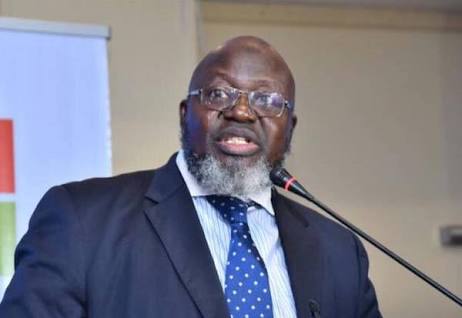 The Minister of Communications, Mr. Adebayo Shittu has launched a $1 million breakthrough innovation, which will change the face of Information and Communication Technology (ICT) in Nigeria.

Shittu while speaking at the unveiling of the new multimedia multifunctional digital system in Abuja, said the ICT when fully deployed will employ at least 50,000 Nigerians

He noted that the device has unique features, which is the first if it’s kind in Nigeria and Africa as a whole.

He added that the introduction and further production of the product will create Sustainable employment and promote local industry.

He said: “The production of this product in Nigeria will certainly create a lot of job and it will help us preserve our foreign exchange, when products are assembled locally, those who supply material will have good businesses and those employed will be assured of Sustainable jobs.”

Also speaking, the Chief Executive Officer of WILSON, Multimedia Technologies, Mr. Unachukwu Ikechukwu, who is the brain behind the innovation explained that the device has special features which will be place Nigeria in the leading position in Africa

He added that the solutions are designed to meet the key needs of simplicity in operation, dynamism in scale and far reaching capability.

According to Ikechukwu “the multimedia multifunction screen has multiple touch capability, with dual operating system running a full suite of android and windows 10 operating system.

“The products are fully tropicalized and made to withstand the peculiarities of our environment.”

He added that the innovation will not only generate at least 50,000 jobs but will cut back excess cost incurred in governance , education, businesses and military operations.

He continued: “The innovation will support government immensely, it will cut travel cost, enables conference meeting, signing and documentation.

“The Wilson multimedia system makes things easy and presentation so easy. It can be caused in schools as a white board and also as a projector because it runs from 4k resolution that makes it different from projector.

” It can be used in public sectors, it will be beneficial to the Nigerian Army and Nigerian Air Force for their real time interactive sessions.”

The innovator also revealed that the initiative started in 2010, in partnership with Soho company in china where the product was first assembled.

“I made the script available to the on renewable energy and ICT and it was built by the Managing Director of Soho, Shirley Lieu,” he explained.

He informed that plans are already underway to establish an assembling plant in south east of Nigeria and in Abuja.