Obasanjo walks out on Buhari’s emissaries 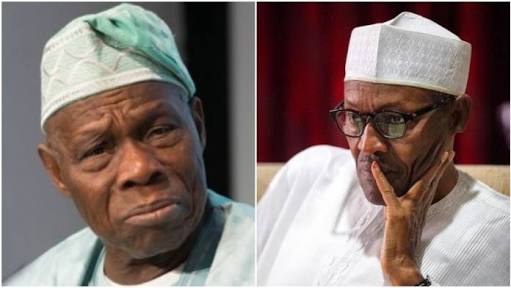 According to some reliable sources, the emissaries who visited former President Obásanjó on Wednesday afternoon in his office at the Olusegun Obasanjo Presidential Library were told by Obasanjo that his opposition to President Buhari was “not personal” but a matter of President Buhari’s alleged “incompetence.”

This Buhari’s “incompetence,” sources quoted President Obásanjó to have said, “is destroying Nigeria, and we can’t allow this to continue.”

President Obásanjó who was reported by the sources to be “visibly angry” that the emissaries had the audacity to visit him for that kind of “insult,” warned them “not to push the case further.”

The former President was said to have wondered why the emissaries would even accept to deliver such a message and was reported to have asked them if they could not see or perceive “what is happening to the country?” The emissaries were said to have been led by a retired General who has enjoyed a cordial relationship with Obasanjo for the past 50 years.

President Obásanjó was also reported to have warned the emissaries not to discuss the matter any further and threatened to “walk out” on them if they tried to “persuade” him.

President Obásanjó who was said to have been initially infuriated by the request of the emissaries to have a “more private audience” with him, refused to excuse his four “guests” who were with him before the emissaries arrived, including two veteran journalists and two close aides.

“This is a Nigerian issue. There is nothing secret about it,” President Obásanjó was reported as saying.

President Obásanjó, according to the sources, walked out on the emissaries “for insisting on persuading him” and left them in his office.

He was reported to have come back into the office and asked his “guests” rhetorically, “Are you still here? You are just wasting your time. No one, including Muhammadu Buhari, has the right to des…. this Nigeria we all laboured to build.”

The former President was reported to have walked past them to use his restroom, walked out of the office thereafter. He refused to give the emissaries further audience, but went ahead to attend to other matters.

It would be recalled that Obásanjó had in January this year, written a scathing open letter to President Buhari on the latter’s Presidency, detailing concerns about the well being of Nigerians.

The letter rattled and irked President Buhari and his followers. President Buhari and his aides have also used different forums to explain to Nigerians the steps they have been taking in the last three and a half years to make Nigeria better than they met it. They insisted that the biggest achievement of the government has been in the fight against corruption, which they claimed has had a positive spiral effect on other spheres of life.

9 thought on “Obasanjo walks out on Buhari’s emissaries”