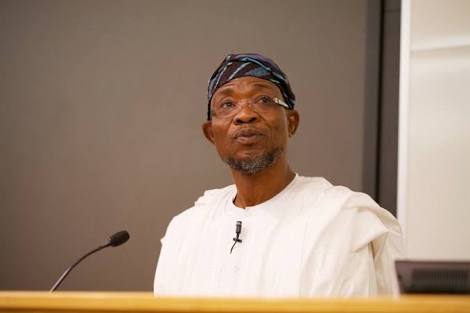 According to a reliable source, fire on Monday gutted the office of the Osun State governor, Rauf Aregbesola.

The fire outbreak reportedly started at the White House office of the governor around 4 pm.

It was gathered that Governor Aregbesola was reportedly not around when the inferno broke out.

The real cause of the incident could not ascertain at the time of this report, but sources said fire servicemen are currently at the scene trying to extinguish the fire.