#BREAKINGNEWS: #NIGERIA’S POLITICS IS IN LIMBO! 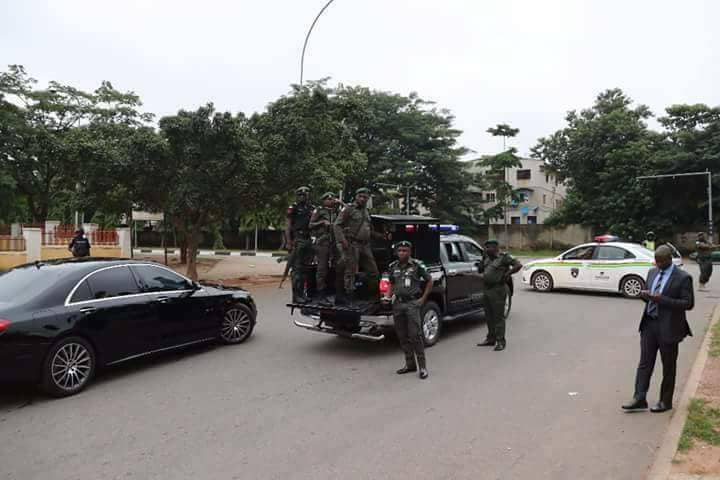 According to a reliable source, earlier today heavily armed Police were seen blocked the abode of the Nigerian Senate President, Bukola Saraki apparently to arrest him.

A reliable source has however confirmed

that Saraki was able to escape to the National Assembly for Plenary Sessions today.

When police entered the home of Saraki to effect his arrest, they couldn’t find him: he has surfaced in National Assembly complex, though they were waiting for him at the National Assembly Gates. But he has beaten them. And he is in the complex already where they can’t arrest him. He enjoys qualified parliamentary privilege within the precincts of the parliament!

In another developments,16 Senators have decamped from the ruling All Progressive Congress to the People’s Democratic Party.

The Senators sent their letter of defection to the Senate President Bukola Saraki who read it out in plenary today. Some of the senators include Dino Melaye, Rabiu Kwankwaso, Lanre Tejuosho.

51 thoughts on “#BREAKINGNEWS: #NIGERIA’S POLITICS IS IN LIMBO!”