Ikoyi marriage registry saga: what the law really says in this matter 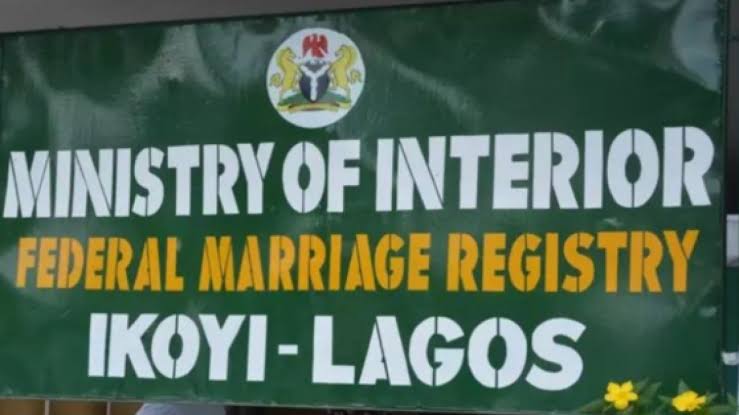 It is in no doubt that media and news blogs that carried the news to their platforms did a very poor job by not quoting the exact words of the author and reporting the news in the way they feel will catch the attention of more readers and this has cause a lot of controversies and confusion to the general public.

The office of the permanent secretary and principal registrar of marriages of the ministry of interior was swift in releasing a press statement debunking the news that Ikoyi marriage registry and other federal marriage registries doesn’t have the statutory power to register marriages and issues marriage certificates.

To this effect, it will be in the interest of social justice and to clear the dust this issue have raised and also not to mislead the public that the author in good conscience will draw the attention of the public to what the law really do say and what is the reason for the decision (ratio decidendi) of the Federal High court Ikoyi judicial division regarding this issue:

Be it as it may, any place can be a legal place for the conduct of marriage once they have obtained the necessary license from the federal ministry of interior and marriage conducted there will be held to be valid. So marriage conducted in Ikoyi marriage registry and other federal marriage registries are valid in this regard but the law is that the federal government through the federal marriage registries does not have the statutory power to register marriages and issue marriage certificates to married couples, when they do that, they are acting ultra vires. It is the LGAs in Nigeria that are statutory empowered to register marriages and issues married couples with marriages certificates.

While we all seat with open mind and see how this case between the Federal Ministry of Interior and Etiosa LGA will turn out as it will likely get to the Supreme Court, status quo may be maintained but prospective couples who intend to get married should be advised in due diligence to avoid federal marriage registries with the famous Ikoyi registry inclusive until the Supreme Court gives the final say.

If you need more clarifications or legal counseling/consultation on this issue or any other area of the law, the author’s line is widely open.