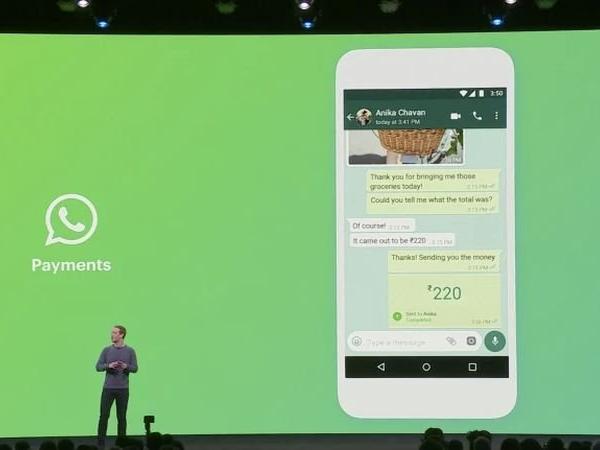 Facebook during its annual F8 developer conference has given its WhatsApp users something to look forward to. The social media giant announced that its instant messaging app will soon get a WhatsApp product catalogue feature for Businesses.

The WhatsApp product catalogue will be visible on the WhatsApp profiles of businesses within the app and customers would be able to look through them to find out what the business offers.

“Now you (customers) can see what is available with a business,” said Facebook CEO, Mark Zuckerberg.

This upcoming WhatsApp product catalogue feature will be used to help millions of SMEs (Small and medium-sized enterprises) which do not have a web presence or listed on other platforms to get better exposure and directly display their products on WhatsApp.

“This is going to be especially important for all of the small businesses out there that don’t have a web presence, and that are increasingly using private social platforms as their main way of interacting with their customers.”Facebook CEO Mark Zuckerberg.

Since it was launched globally, over five million businesses have been registered on the platform using it to support their customers and grow their businesses. And the addition of a payment catalog would make it a perfect SME ecommerce platform looking at WhatsApp’s total user base of 1.5 billion.

In addition to the WhatsApp product catalogue, Facebook also made known its intention to launch its payments option which it has been testing in India since early last year. This feature would allow users make payments for products right from the app. However, the company didn’t put a timeframe to this unlike the product catalog slated for later this year.