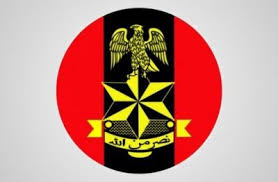 The Nigerian Army has on Sunday 10th February 2019, released the postings and appointments of some of its senior officers.

Those affected by this include, Brigadier General NJ Okah who has been posted from Nigerian Army Institute of Technology and Environmental Studies (NAITES) to Army Headquarters Department of Army Logistics and appointed Acting Director of Engineering Services, Brigadier General MA Masanawa from Army Headquarters, Department of Army Policy and Plans to ACADA and appointed Commander.

Others affected by the new development include, Colonel OG Olaniyi who was posted from Nigerian Army School of Music to Nigerian Army Band Corps and appointed Acting Director Army Band, Colonel EI Okoro and Colonel I P Bindul are posted to Army War College Nigeria as Directing Staff amongst others.