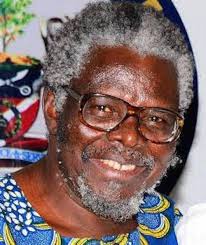 Popular mathematician/journalist Edwin Madunagu has shared his two cents on the current political situation in Nigeria, particularly towards the survival of democracy and about the forthcoming general elections.

Read his thoughts below:

It should be agreed that there are different ways of apprehending and describing the situation in Nigeria as the country draws near “Election 2019”, the general elections beginning on February 16, 2019. But I have chosen, naturally and unsurprisingly, an angle and a perspective informed by the burning interests of the working, toiling and poor masses of the country.

This angle and this perspective, I believe, coincide with and describe the general position of the Nigerian Left. By “general position”, I mean an ideological – political position to which every tendency of the movement which considers itself both Left and Nigerian ought to subscribe.

And, finally, and for the avoidance of doubt, readers are reminded that by the Nigerian Left I mean, in this historical period, the aggregate of Nigerian Marxists, socialists and radical democrats—where “radical” carries its original meaning, “from the roots”.

The Nigerian situation as we approach “Elections 2019” can be sketched around five issues. Three of these are “problems of Nigeria” as summarized in my last published piece, Nigeria 2019: Hoping for another reprieve? (January 3, 2019). The fourth issue may be called the “power of incumbency”. The fifth is the problem of the Nigerian Left.

The problem of the Nigerian Left forces itself into this exercise on account of its critical importance. This importance can be expressed as a proposition: Both the survival of Nigeria as a united country, de facto and de jure, and the concrete positive transformation of quality of life in it depend, in the immediate future, on what the Nigerian Left does—within and outside electoral politics. The Nigerian Left? Yes, the Nigerian Left—its current fractiousness and factionalism notwithstanding. There is simply no other historically–determined sociopolitical force to perform this task.

In the article cited above, I summarized the “three problems of Nigeria” as: “Massive class exploitation and state robbery resulting in grinding mass poverty and misery; elitist understanding and practice of “democracy”, moral degeneracy and bankrupt governance ideas on the part of Nigeria’s ruling class; and the national question whose enormity and complexity not only the ruling class but also many progressives and liberals—and even Leftists—do not appreciate”. These three problems will, below, be taken up and briefly expanded. This will be followed by brief statements on the other two issues.

All segments and factions of Nigeria’s ruling class—directly and through their ideologues—acknowledge the existence of “grinding mass poverty and misery”. It is simply impossible to ignore: they see it and breathe it on their way to and from their “paradise on earth”. But beyond corruption, they blame the situation on the incompetence, mismanagement, insensitivity, neglect, selfishness and shortsightedness of rival political groups. They completely ignore class exploitation and reduce “state robbery” to only corruption. But class exploitation is rooted in a political economy—capitalism—whose most effective lubricant is corruption. And state robbery goes beyond “high-profile stealing” by state functionaries, which is punishable by the “law of the state” to what can be described as “armed robbery by the state,” itself.

Nigeria’s ruling class, as a class, cares little about democracy or its history. The doctrine to which it subscribes says that “democracy” only came to Nigeria 20 years ago, in 1999, that the first period of its young life, (1999-2015), was administered by the People’s Democratic Party (PDP), that PDP was succeeded in 2015 by the All Progressives Congress (APC). The legacy of that first period is a dominant subject of the present campaign.

To examine my proposition, it is sufficient, for a start, to check out the current debate within the ruling class, through leading party and government functionaries and spokespersons of the sociocultural and sociopolitical groups on the movement of Nigeria’s presidency in 2023. You will see that from time to time these functionaries and spokespersons are compelled—for the avoidance of doubt—to come out openly on the ethnic, regional—and even and religious—dimensions of the struggle which the fractions and factions of their class are currently waging.

In response to this debate and the reality informing it, the task of the Nigerian Left is two-fold:One: To resist closing its eyes to reality (what Nigeria is today) and seeing only its hopes for the future. Two: To come out clearly with its own position – and not to “moderate” the debate or support one side or another, or dismiss the debate as irrelevant or, worst of all, pretend not to hear the debate. It is in respect of this second task that I remind readers of the political proposition I have been offering for at least 25 years and which has currently assumed the name, Popular-democratic restructuring or Restructuring under popular-democracy.

Although the result of all these is the current relatively small specific weight of the Nigerian Left in electoral politics, the situation we now have is a step forward beyond 2015. The next qualitative step is not the formation of new parties or groups, or renewed attempts to register those already in existence, but the establishment of a centre for coordination, ideological education, research, documentation and publicity.

In general, the control of state power during elections by a group or groups participating in the contest or partisanly interested in who wins, is a factor in that contest. This is what is popularly called “power of incumbency”. But the relative weight of this factor varies from place to place, period to period and system to system. Even within the same space, the same system and the same period, the weight varies from regime to regime. What is obvious now is that the “power of incumbency” in “Election 2019” is very much stronger than it was in “Election 2015”, and perhaps strongest since “Election 1999”.