Nigeria To Lose 27% Of Its Oil Production 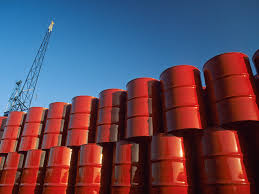 Nigeria is to lose about 226,300,000 million barrels of oil production in 2019, representing about 27 per cent of its current year’s target. The loss is sequel to the Organisation of Petroleum Exporting Countries (OPEC) decision to cut the country’s production quota from January 1, 2019.

According to an arrangement by the oil cartel, OPEC members will reduce production by 800,000 barrels per day (bpd), while non-OPEC producing countries will cut production by 400,000bpd to bring total oil cuts to 1.2 million bpd.

43 thoughts on “Nigeria To Lose 27% Of Its Oil Production”