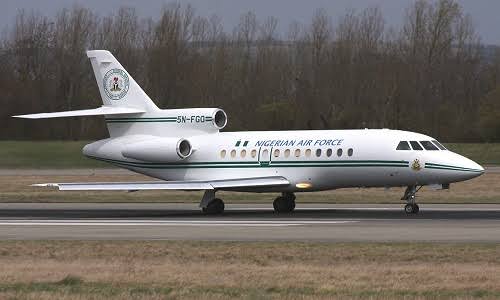 The Nigerian government has proposed to spend N7.30 billion (7,297,022,065) on the Presidential Air Fleet (PAF) in the 2019 budget proposal, according to details obtained from the Budget Office of the Federation.

This is almost equals to the amount budgeted for the 2017 and 2018 combined.

According to the Premium Times report, the proposed expenditure is about 67 per cent higher than the N4.37 billion appropriation in the 2017 budget, which consisted of N3.97 billion for recurrent and N399.5 million for capital projects.

The proposed expenditure is also a little higher than the N7.26 billion appropriation for PAF in the 2018 budget, with N4.3 billion recurrent expenditure and N2.8 billion capital expenditure.

In the 2019 proposal, which is subject to the approval by the National Assembly, a breakdown shows that at least N426 million has been budgeted for personnel cost, while about N3.9 billion would constitute total overhead.

The PAF is widely considered the second largest airline in the country after Arik Air. For years, its maintenance has remained a controversial subject, amidst outcry among Nigerians that the maintenance cost was too high.

In 2015, when President Muhamadu Buhari came on board with his promise of cutting down on the waste of public resources, he assured Nigerians his administration would cut down on the number of aircraft on the fleet inherited from former President Goodluck Jonathan in 2015.

In October 2016, more than a year after taking office, in an attempt to downsize the PAF, the Buhari administration advertised the sale of two of the aircraft – a Falcon 7X executive jet and Hawker 4000. The proposed sale was however scuttled by negotiations.

When contacted for clarification last year, Mr. Shehu said that the sale of Falcon and the Hawker were still to be concluded.

“The bids are being reviewed by both sides. One thing I want to assure Nigerians is that the present administration is determined to secure the country’s best interest in a market that is sounding hawkish,” he said.

Nothing has been heard of the proposed sale ever since.

Efforts to speak to Mr Shehu Wednesday evening were unsuccessful. He has also not responded to a text message sent to his known number as at press time.