“We must not relent in our efforts to deal with Corruption – Country Director, AAN 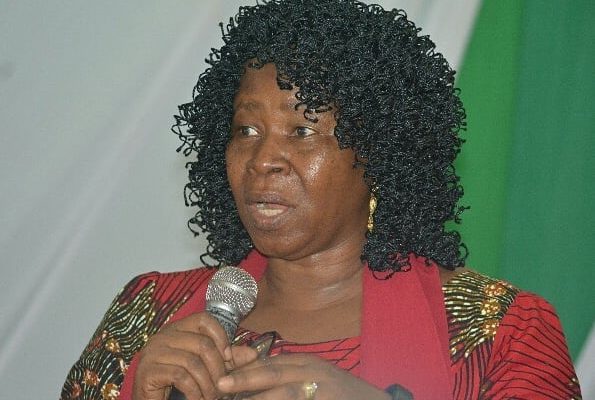 Country Director, ActionAid Nigeria, Ene Obi has urged Nigerians not to relent in their collective efforts in dealing ruthlessly with corruption at all levels in Nigeria, most importantly as 2019 elections draw near.

She stated this at a High Level Seminar organised by ActionAid Nigeria in collaboration with TUGAR (Technical Unit on Governance and Anti-Corruption Reforms) of the Presidency, UKAid, US Embassy in Nigeria and other international development partners such as UNODC, British Council and European Union to commemorate International Anti-Corruption Day 2018 in Abuja yesterday.

Ene, in her keynote remarks stated that corruption has undermined developments in Nigeria for many years and has metamorphosed into a hydra-headed monster terrorising the country thereby causing untold hardship and poverty in the land.

“Prevalence of corruption and corrupt practices in the country has been the root cause of poverty amongst the citizens. It’s a fight we must keep fighting until we win.”

“It is quite disheartening to know that currently Nigeria is being tagged the poverty capital of the world, in other words, our country is listed amongst the countries of the world with highest level of poverty which is largely due to corruption” said remarked.

In tackling corruption in elections come 2019 polls she stated that collectively Nigerians must stand up for what is right by refusing to sell their votes to any unscruplous and desperate political aspirants/candidates who are out to pay for their votes.

“We must collectively and decisively do what is right by refusing to sell our votes thereby discouraging the menace of vote buying during the elections” she stated.

Speaking at the event Commissioner for Public Complaint Commission ably represented by Barrister Ewa Udu who gave vivid insights into the action plans of the commission in curbing corruption in the forthcoming elections in 2019.

Ewa said the intention of Public Complaint Commission as an Ombudsman and one of foremost anti-corruption agencies was to deploy all the staff across 774 Local governments in Nigeria so as to ensure the electoral materials are evenly distributed.

“We currently have structures across the 36 states and Local Governments Areas and our intention is to deploy our staff across the 774 Local Government Areas in Nigeria to ensure that electoral materials are evenly distributed and that candidates are fairly treated and that none is shortchanged of any voting materials.” said Ewa.

In curbing vote buying and selling during the elections, he stated that collaborative arrangements are ongoing with other anti corruption agencies such as ICPC to ensure no candidates embarks on the vote buying agenda come 2019 elections.

Newton Otsemaye, Programmes Officer, ActionAid Nigeria who also spoke to our correspondent at the event on how citizens can decisively curb corruption during elections said sensitisation is key, as it is one of the powers given to the people in order to avert the danger of vote buying and selling and other possible corrupt practices during elections.

“Sensitisation is quite important at this stage in Nigeria – there is need to inform the citizens that their votes are their rights and not for sale”.

High point of the event was the Debate Session on “How Election Processes in Nigeria encourages Corruption” debated by the secondary students from Raberto School and Centagon Schools respectively. Raberto school Debaters however emerged the Winners and took away the ultimate prize -Trophy and other consolation prizes.

70 thought on ““We must not relent in our efforts to deal with Corruption – Country Director, AAN”