Nepotism is an act of corruption, US Embassy says! 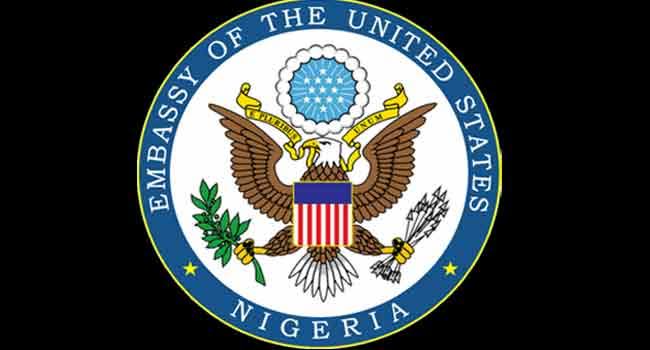 The United States Embassy in Nigeria has pointed out that corruption is not limited to diversion of funds but includes a wide range of other infractions, among which is nepotism.

In a Facebook post it made on Friday, the US Embassy noted that instances where public funds were diverted to personal accounts and where a public officer unfairly gives jobs to relatives were tantamount to corruption.

Furthermore, instances of police officers demanding for a tip before granting passage to vehicles and where companies scheme to put their competitors out of business through corporate espionage and bribery were classified as corruption.

The US Embassy’s descriptions on corruption did set the tone for Nigerians who commented on the post with their own experiences of corruption in the country.

Commenting, Odom Egga said corruption was when public officials vow to fight corruption but shield those who are corrupt and punish those perceived as enemies.

In her own description, Osayande Osarumwense equated corruption to nepotism, disobedience to the rule of law and anti-corruption agencies turning away from investigating the $5 milliion bribery allegation against Governor Abdullahi Ganduje (of Kano State).

According to Sulaimon Olusegun, corruption was when the Not-Too-Young-to-Rule bill is passed into law yet the executive asks the youth to wait till 2023.

While Chibueze Steve described corruption as inflation of public contracts, Isaac Ehi likened graft to when government appointment is tilted towards a particular geopolitical zone or ethnic group in the country.

Another Nigerian, Kunle Ajayi, simply described corruption as nepotism, mediocrity and neo-colonialism, while Mahmoud Bala referred to executive interference in the functions of the legislature and judiciary as corruption.

For Amb-Swiss Emmanuel, corruption is “when a public official is waiting to be tipped to do his job; when citizens pay for services that are not rendered; when citizens fail to do the right thing; when a court adjourns cases that witnesses have testified; when young citizens sell their future by accepting N1,000 at polling stations; when the courts only prosecute those in the opposition.”

In his own comment, Ugosinachi Mezie averred that a government in power politicising security agencies to cater for their selfish interests was corruption, while Olu Hebron termed corruption as a situation where a lecturer requests money for a student to be given a pass mark.

“When public funds are diverted to personal accounts…

“When a public officer unfairly gives jobs to relatives…

“When a police officer asks, “Wetin you bring,” demanding for a tip before letting vehicle drive by.

“Add to this list in the comments below and let’s explore what can be done.”

But while some Nigerian respondents aligned themselves with the position of the US, others accused that country of self-righteousness.

Ernest Eche Idoko wrote: “When court orders are not obey (sic) by the president… When electoral law that suppose to entrench free & fair election is vetoed by the president on several occasions… When herdsmen are left unpunished because is (sic) the president ethnic group… When fighting corruption and the same time killed industries employing thousands… When security chiefs are from the same ethnic and religious groups in multilingual society.”

Others, however, expressed disappointment with the US over what they called its interference in the politics of other nations, which they described as also being corruptive tendencies.

Chukwuemeka Ndinojuo said: “All the above also exist in America both in personal capacities and foreign policy. Does that mean America is corrupt when it undermines other nations? Just as it accuses Russia of meddling with US elections, America also meddled with Nigeria’s elections that has turned our president the butt of jokes on prime time TV in the US. Ps. Don’t use this to deny me visa when I decide to visit US. I’m an academic.”

Akorede Popoola Ghazal alleged that the United States visa policy was riddled with corruption: “Corruption is when you collected visa fees from people and yet u denied them the visa even with all necessary documents.”

Macdonald Ugorj, in the same vein, described corruption as “when US Embassy in Nigeria collects visa fee in USD and Nigerian Embassy in USA cannot collect visa fee in Naira.”

Oladele Idowu Joseph declared that corruption is “when you collect a fee for a US visa from an applicant and you refuse to give back the same visa-fee for refusing him or her the visa.”

13 thought on “Nepotism is an act of corruption, US Embassy says!”