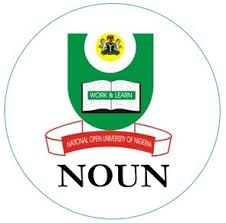 The Special Adviser to the President on National Assembly
Matters, Senator Ita Enang, disclosed this to State House correspondents on
Friday in Abuja.

He said, “President Buhari has also assented to National
Open University Amendment Act, which allows the National Open University to
operate as all other universities, having the same power and functions and the
same administrative structures.”

Before the presidential assent, graduates of the institution
have decried the alleged discrimination to participate in the one-year national
youth scheme, National Youth Service Corps (NYSC).

The NYSC has, however, been issuing ‘Letter of Exclusionfrom National Service’ to graduates of the institution.

While stakeholders in the education sector discuss the issue of participation in the scheme, NOUN graduates also lamented that they were not admitted into the Nigerian Law School.

The President’s assent to the National Open University Amendment Act 2018 has now addressed the issues raised by the students of the institution.

This is just as the Act eliminates possible discrimination against programmes and products of the university.