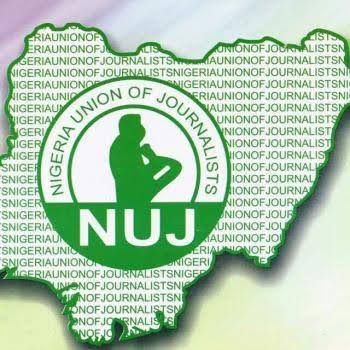 The Nigeria Union of Journalists (NUJ), Akwa Ibom State Council, on Friday held an award night in Uyo where prizes were given out to journalists for their professional works for the year 2018.

Cletus Ukpong, an assistant editor with PREMIUM TIMES, was among the journalists who received prizes.

Mr Ukpong, who covers Nigeria’s South-south for the newspaper, won the Major Alexander Akpabio Ukut’s Investigative Reporter/Journalist of the Year for his investigative series on the decay of public schools in Akwa Ibom State.

He received a plaque, cash, and a gift from the NUJ.

Mr Ukpong said the award was so precious to him because of how the agents of the Akwa Ibom government, including fellow journalists, launched a smear campaign against him for exposing the rot in the state’s education sector.

“I dedicate the award to teachers, administrators, and everyone out there, working hard to lift the standard of education in Akwa Ibom,” he said after the ceremony.

“I have noticed the state government has made a commendable effort in rebuilding broken down schools in the state. I commend Governor Udom Emmanuel for this.

“But I want to appeal to him to specifically do something about Ntiat and Mbak 1 Comprehensive Secondary School in Itu Local Government Area which has completely broken down to the extent that the community people have been working on relocating the school to a new place.

“I thank the NUJ for this recognition, and my editors at PREMIUM TIMES for standing by me,” he added.

Ekemini Simon of the Mail newspaper picked two awards, the Best Feature Writer and Best Health/Population Reporter, while Idara Enobong won the Best Environmental Reporter for a report on how a local community in Akwa Ibom was ravaged by flood, published on EcoWatch.

The Akwa Ibom governor, Udom Emmanuel, represented at the ceremony by the deputy governor, Moses Ekpo, received a Peace Prize from the NUJ.

Mr Emmauel, who made an appeal for responsible journalism in the state, assured of a free press and a conducive environment for journalism to thrive in the state.

“As Nigeria prepares for 2019 general elections, we are calling on politicians in the state to play by the rules, and consider the interest of Akwa Ibom state above personal or party interest. We all need peace in order to move this state forward,” the chairman of NUJ in Akwa Ibom state, Patrick Albert, said in his remark at the ceremony.

Good journalism costs a lot of money. Yet only good journalism can ensure the possibility of a good society, an accountable democracy, and a transparent government.
For continued free access to the best investigative journalism in the country we ask you to consider making a modest support to this noble endeavour.
By contributing to PREMIUM TIMES, you are helping to sustain a journalism of relevance and ensuring it remains free and available to all, he added.