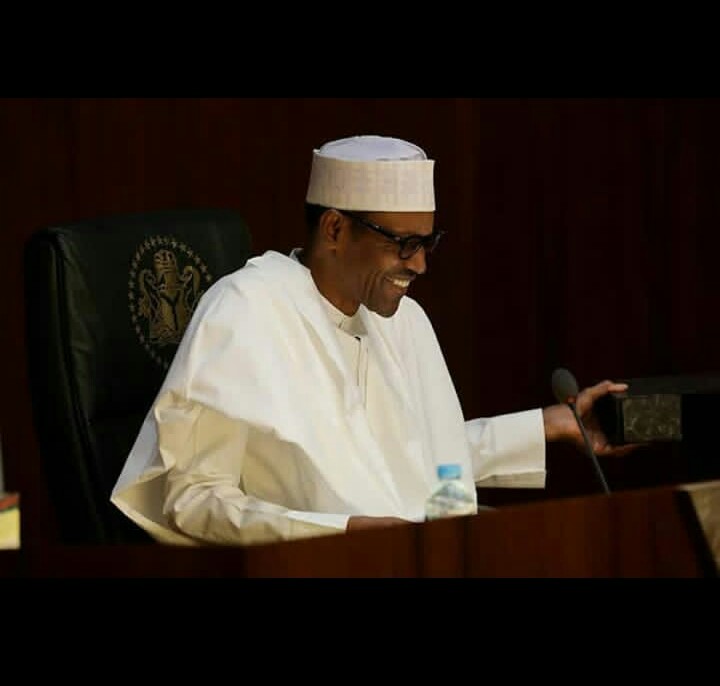 President Muhamadu Buhari has urged politicians not to see the 2019 general election as a declaration of war.

Buhari said this while delivering his good will message at the swearing-in ceremony of Alhaji Gboyega Oyetola as Osun governor on Tuesday in Osogbo.

The president was represented at the event by the Secretary to the Government of the Federation, Mr. Boss Mustapha.

Buhari also urged all APC candidates in the election to conduct themselves peacefully, eschew hate speech and avoid violence.

The president also called on Nigerians to vote wisely during the election.

“It is just 81 days to the general elections and I call on Nigerians to vote wisely by voting for APC,” the president said.

Buhari also said that he was committed to building a better Nigeria by building the economy, fighting corruption and protecting lives and property.

While congratulating Gov. Oyetola, the president said Federal Government would continue to support the state in the area of infrastructure development.

Buhari said that Osun would be one of the five pioneer states that would benefit from N55.1 billion basic health provision by December.

The president, who noted that Federal Government had launched ‘trader moni’ free loan programme in the state, said 30,000 petty traders would have access to the loan in the state.

Buhari also said that his administration would complete all the ongoing infrstraucture projects in the state.

The Chief Judge of the State, Justice Oyebola Adepele-Ojo, administered oath of office on Oyetola at 1:02 p.m.

Meanwhile, the Osogbo township was agog during the swearing-in ceremony.

The Osogbo city stadium where the swearing-in of the governor took place was filled to the brim.

Gov. Akinwumi Ambode of Lagos and his Oyo counterpart, Abiola Ajimobi had trekked few kilometres to get to the stadium due to a large crowd.

The Ooni of Ife, Oba Adeyeye Ogunwusi, also to trekked from the main gate of the stadium to the venue.

Security operatives had hectic time in controlling the crowd as many people were trying to force their way into the stadium.

Officials of the Federal Road Safety Corps (FRSC) had hectic time controlling vehicular movement in and out of the stadium.

Dignitaries who came to the event also spent several hours before they could gain access to the stadium.

Petty traders also made brisk business as the venue, selling their wares at exorbitant rates

The popular Juju musician, Wasiu Ayinde, also known as KWAM 1, was at the venue to spice the event up with music. (NAN)

69 thoughts on “2019 elections not declaration of war, Buhari urges politicians”