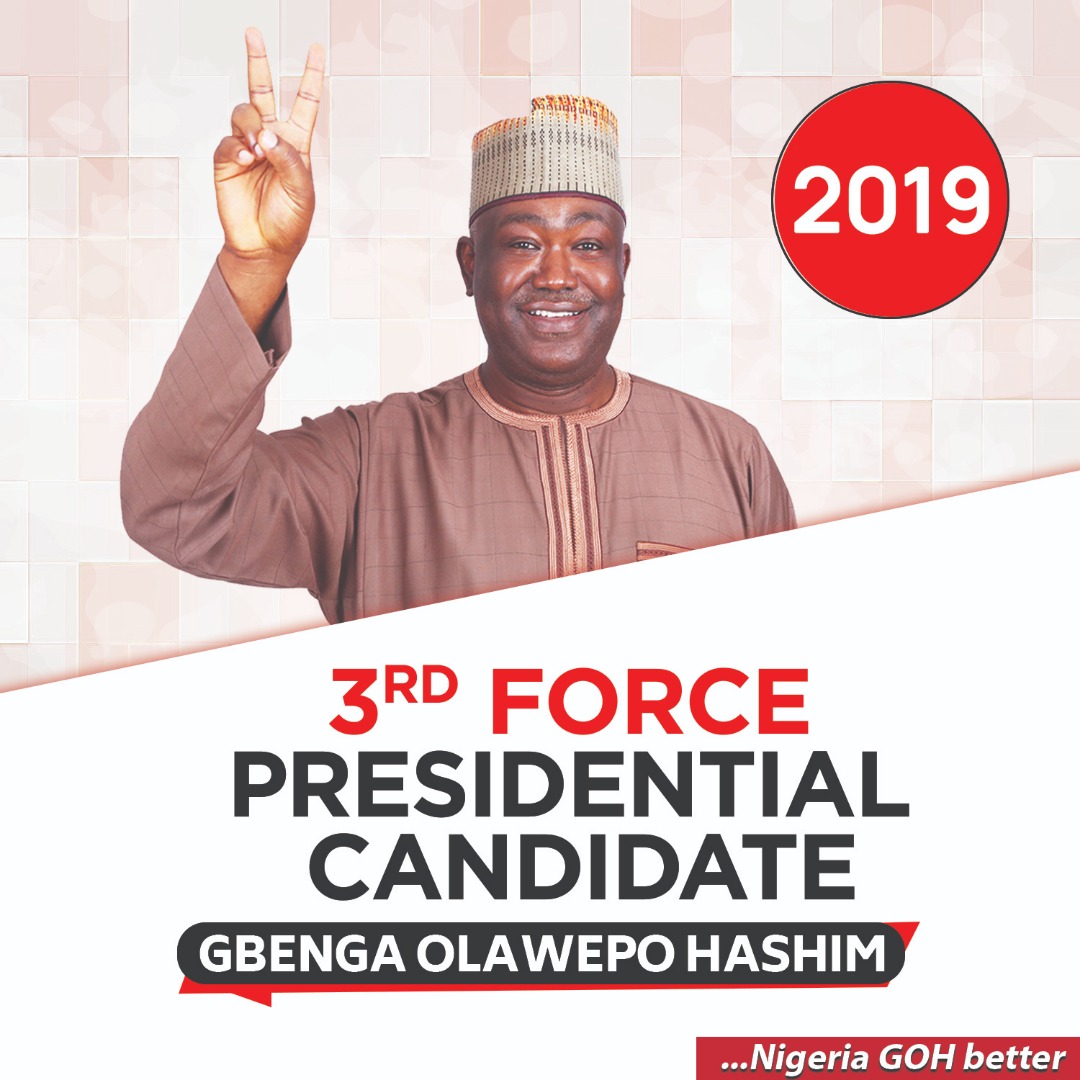 Frontline Presidential Candidate, Mr. Gbenga Olawepo-Hashim has chosen  statesman, Chief Arthur Nwankwo as his running mate, in a move aimed at locking in  South-Eastern votes in next year’s presidential election.

Olawepo-Hashim, who is  running on the platform of the People’s Trust (PT), announced at the weekend that Nwankwo would bring his grasp of political economy to bear in the shaping of public policy in the Hashim presidency, following rising projections on his chances of winning the polls.

A statement signed by  spokesman of the Olawepo-Hashim  campaign, Hassan Ibrahim stressed that Nwankwo of the Fourth Dimensions Publisher’s fame, was selected among a host of other contenders for his legendary commitment to the struggle for South-East integration, aside his popular fight for the freedom of Nigerian people.

The statement noted that the pedigree of Nwankwo are consequential enough to complement Olawepo-Hashim’s zeal towards “national unity, reconciliation and devolution of power”.

Nwankwo, an Economist and former Chancellor of the Eastern Mandate Union (EMU), is reputed as a foremost nationalist, and protege of the late Chief Anthony Enahoro, who moved the motion for the Independence of Nigeria from colonial rule.

Equally a scourge of military rule,  Nwankwo was in the forefront of agitation for democracy in the 80s and the 90s, and was prolific with publications on democracy, good governance and anti-corruption.

His choice as Olawepo-Hashim’s running mate has been described as a perfect fit for the cerebral and issue oriented dispositions of his principal.

A formal presentation of the running mate is said to be due any moment from now, especially as the Olawepo-Hashim’s campaign prepares to hit the road.