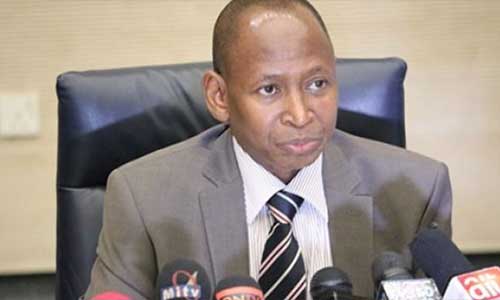 The service charge on all transactions to be paid into treasury single account (TSA) of the federal government will be borne by payers, under the newly-announced model.

This means the payment to enroll for the Joint Admissions and Matriculation (JAMB) exams, to obtain a driver’s licence and other government transactions has increased from November 1.

The new tariff regime was announced at a stakeholders’ sensitisation programme on TSA e-Collection charges which held in Abuja recently.

According to a statement from the office of the accountant general of the federation, organisers of the programme, the old regime led government to incur a two-year debt burden that was to be paid to technology service providers and deposit money banks.

In the new payment structure however, government as recipient will no longer bear the charges on all transactions to the service providers.

“In line with the global best practices and amidst dwindling revenues, the federal government has approved a new Treasury Single Account tariff model which mandates that the service charge on payment to its Ministries, Departments and Agencies (MDAs) from November 1, 2018 would be borne by the payer,” the statement quoted Ahmed Idris, accountant general of the federation, as saying.

REMITA CONTROVERSY
Controversy has trailed the use of Remita, the payment software used by the federal government to execute the TSA.

Our reporter found that some Nigerians, who have been paying for government rendered services via Remita, have begun to complain about extra charges, which are not reflected in the payment receipt.

In response to an inquiry alleging irregularities in the use of Remita to pay JAMB fees, the operators made reference to the new TSA tariff regime where the service charge will be borne by payers.

“Processing fees chargeable on collections processed on Remita in favour of all Federal Government Ministries, Departments Agencies and other institutions were borne by the Federal Government,” the response read.

“As directed by the Office of the Accountant General of the Federal (OAGF), payers are now to bear TSA e-Collections fee, effective November 01, 2018. “In compliance with this directive, processing fees are now applied to all payments in favor of Federal Government Agencies on the platform.”

Following the new tariff system by the office of the accountant general of the federation, Nigerians should brace up to pay for more on every TSA-driven transaction carried out with and MDA in the country.