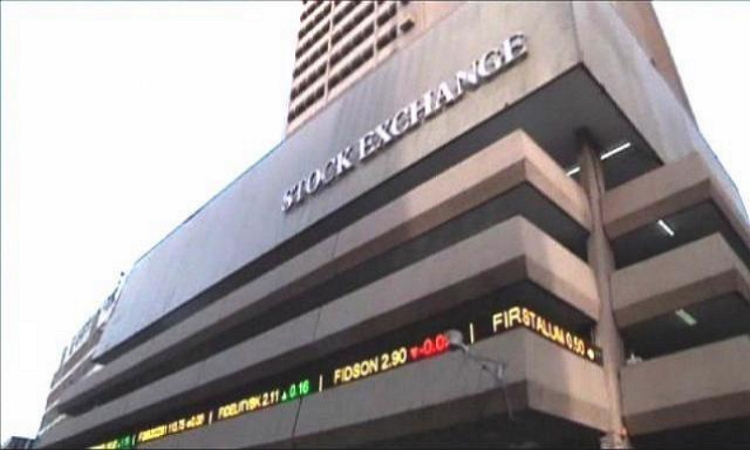 The lingering political uncertainties surrounding Nigeria’s 2019 general election have continued to spur sell pressures and volatility on the equity sector of the Nigerian Stock Exchange (NSE), as investors lost N257 billion in the month of October.

Indeed, a breakdown of market activities last month, showed that the NSE composite All-Share Index, which started the month of October on a downtrend, surprisingly, reversed up at midmonth, as Q3 corporate earnings trickled in.

But the scorecards, which came, mostly below market forecast, coupled with the continued hike in interest rate in the developed economies, as well as the lingering political uncertainties in Nigeria, heightened the weak economic fundamentals and negative sentiments, even as investors adopt a wait and see strategy.

The Managing Director of High-up Securities, David Adonri, in a telephone interview with The Guardian, linked market downturn to insecurity and social disorder, noting that these are disincentives to investment.

Furthermore, he noted that most of the third quarter scorecards were below market predictions, contrary to stakeholders’ expectations.

According to him, the lull in the market gives credence to the fact that investors are concerned about the political risk associated with the coming 2019 general elections, which is linked to the decision by investors and traders mostly foreign to sit on the fence.

“Market downturn for the month of October was due to the fact that some of the third quarter result were not quite impressive, coupled with the insecurity challenges and killings going on in almost all the states in the country.

“Again, the price of crude oil is declining and the stock market moves in the same direction with crude oil price and these are the major factors. But if the situation challenges positively, the market will also undergo some corrections.

“I do not think the Federal Government will fold its arm. There is need to intensify efforts and put this state of insecurity under control.

The Chief Research Officer of Investdata Consulting, Ambrose Omordion said: “The huge decline in stocks from its January 2018 peak, is not primarily because of the fundamentals of companies quoted on the Nigerian Stock Exchange (NSE), but investors flight for safety over uncertainties arising from next year’s general elections.

“In today’s equity market, there is wisdom in being able to identify ‘buy’ opportunities very early and sell for maximum returns, while minimising loss in any market situation. Understanding the dynamics of the stock market during any cycle is the very key to successful trading and investing.

“Because there are no immediate factors that would redirect the market northward, given that the 2018 Q3 earnings season has officially come to a close, the pullback is likely to continue as investors digest the numbers and reposition their portfolios ahead of December rally,” he said.

The Head, Research and Investments, FSL Securities Limited, Victor Chiazor, noted that market activities in October ended negative despite the release of corporate earnings during the month.

“We believe the weak market sentiments and the rise in the number of unimpressive nine months results from the listed companies contributed to the downturn asides other economic issues.

“Going forward into November, we project a bearish market but expect a mild rally in December as we expect bargain hunters to drive prices slightly higher.”

In the meantime, Central Bank of Nigeria (CBN) has reported a staggering 1,446 percent rise in banks’ losses to fraudsters amounting to N12 billion within the first six months of 2018.

The apex bank reported this in its 2018 Half-Year Report (H1’18) released last week, while lamenting  prevalence of deficiencies in banks’ ability to curb financial crimes and money laundering activities in their operations.

The report stated: “There were 20,768 reported cases of fraud and forgery (attempted and successful), valued at N19.77 billion in the review period, compared with 16,762 cases, involving N5.52 billion and $ 0.12 million in the corresponding period of 2017. The actual loss by banks to fraud and forgery, however, amounted to N12.06 billion, compared with the N0.78 billion and US$0.03 million, suffered in the first half of 2017. “The reported fraud and forgery incidences were perpetrated by both bank staff and non-bank culprits. The cases involved armed robbery attacks, fraudulent ATM withdrawals”.

Lamenting deficiencies discovered during an Anti Money Laundering/Counter Financing Terrorism (AML/CFT) risk management examination of all reporting banks in H1’18, the apex bank further stated: “Certain deficiencies existed across banks in the following specific areas: “Non-conduct or inadequacy of enhanced due diligence (EDD) on high risk customers, though improvement in the conduct of due diligence in the review period was observed; Non-automation of collation and reporting of foreign currency, suspicious transactions, and non-subjection of the AML/CFT software in some banks to independent testing to determine their efficacy and; The rise of AML/CFT Manuals in some banks, which did not highlight policies to address specific issues, such as virtual currencies, among others.
“Inadequate internal control oversight over compliance, as recommended by the Financial Action Task Force (FATF) and required by the CBN AML/CFT regulations; and  Existence of AML/CFT knowledge gap in many banks, as well as the inability of some banks to provide satisfactory evidence of conducting the required training.”