CSOs Push for the Proceed of Crime bill with Attorney General, Minister of Justice 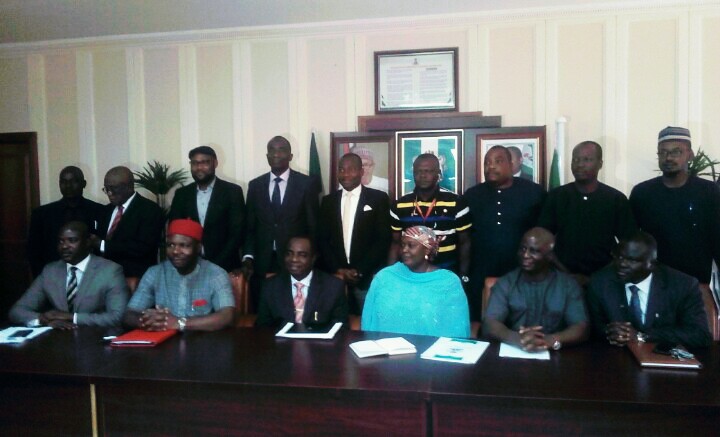 Group of civil society organisations in Nigeria have made the last push for the proceed of Crime Bill in a high-level Policy Dialogue with Attorney General of the Federation and Minister of Justice, yesterday.

The Policy dialogue which had key stakeholders such as Chairman Senate Committee on Anti-Corruption, House of Representative Member, Minister of Justice, Attorney General of the Federation, the Media as well as civil society representatives that have been working and pushing for the passing of the Crime bill in a long while in attendance took place at the conference hall of Ministry of Justice in Abuja.

According to the Attorney General, Abubakar Malami, (SAN) during his remarks, “we understand the immense impacts that the crime bill will have on Nigerian justice system and the extent to which it would reduce the cost of prosecution of offenders if passed into law. Which is why it has become imperative for all stakeholders to collectively push for it”.

In a statement delivered at the dialogue by the Executive Director for African Network for Environment and Economic Justice, Reverend David Ugolor on behalf of Civil Society Organisations in Nigeria commended the leadership of the Ministry of Justice for involving the Civil Society in the development of National Anti-Corruption Strategy (NACS) and for the recent inclusion of Civil Society into the Monitoring and Evaluation Committee for the effective  implementation of NACS.

“This is an indication of political will to involve the citizens in anti-corruption policy work in Nigeria” he said.

Ugolor added that, CSOs in Nigeria, in their efforts to combat corruption headlong, recently launched Monitoring Transparency and Accountability in the use of Recovery Assets (MANTRA) project with support from the UKAID with the aim to strengthen the Civil Society to undertake a national monitoring of the disbursement of the $322.5Million for the social investments.

Also speaking at the dialogue, Newton Otsemaye, Project Manager, ActionAid Nigeria, stated that the dialogue is quite timely as it would further expedite the passing of the Bill which would in turn address several boggling issues facing criminal justice system in Nigeria, one of which is cost of prosecution of offenders.

“The bill when passed into law would shift the burden or onus of proof from the state to man who is alleged to be corrupt and not the other way round which usually cost so much for the State.

“So once the burden of proof shifts to the man who is alleged to be corrupt, it doesn’t cost the state anything against to take matters to court.”

“It is simple once you are alleged that you are corrupt just go to court and explain yourself how you got the money, and if you are able to satisfy the court then you can go ahead and enjoy your money but if you are unable to satisfy the court, then those assets are confiscated, which one of the ways I think we can equally address corruption in a speedy form and also following what is happening in other climes such as United Kingdom and the rest.” said Newton.

Otsemaye also added that ActionAid Nigeria and its partner, Journalist Against Poverty are ever ready and willing to support in advocacy and communications to get bill passed in law soonest.

18 thought on “CSOs Push for the Proceed of Crime bill with Attorney General, Minister of Justice”