Alibaba’s Jack Ma to Resign on his 55th Birthday, Shifts Focus to Philanthropy

China’s richest man and Executive Chairman of Alibaba Group, Jack Ma, has announced he is leaving the company in exactly 12 months. Mr. Ma revealed that he would hand over his chairmanship position in exactly 12 months and shift focus to his philanthropy and educational programmes. According to the plans unveiled today, Mr. Ma will hand over the role of executive chairman to Daniel Zhang, the company’s current CEO. 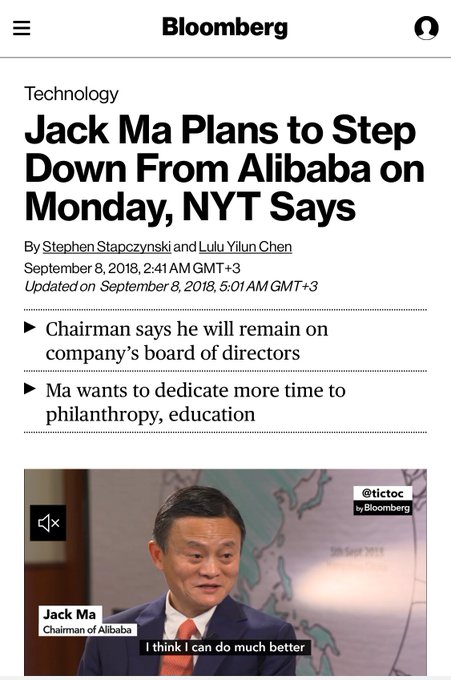 Wow! #JackMa to step down from #AliBaba. Plans to devote his future to philanthropy! Total respect. Ma is one of the most visionary & inspiring leaders of our generation!https://bloom.bg/2oPXmzT

The news of him leaving does not exactly come as a surprise. Over the years, Mr. Ma has played fewer roles in Alibaba as he focused on social work. He relinquished his CEO position to Jonathan Lu in 2013. However, by 2013, Mr. Zhang took over the position after the company’s IPO. Mr. Zhang is no newcomer; he has been at Alibaba since 2007. But since he became CEO, the company’s shares have surged 87%, thanks to the growth measures he adopted.

Mr. Ma will officially leave his position as Chairman exactly 12 months from now, on his 55th birthday.

Jack Ma helped create Alibaba with 17 others way back in 1999. The company started out as a business-to-business outlet. But it to experience an aggressive growth, beginning with the launch of the direct-to-consumer marketplace, Taobao and TMall. It was supported by financing from China’s Softbank Group Corp. 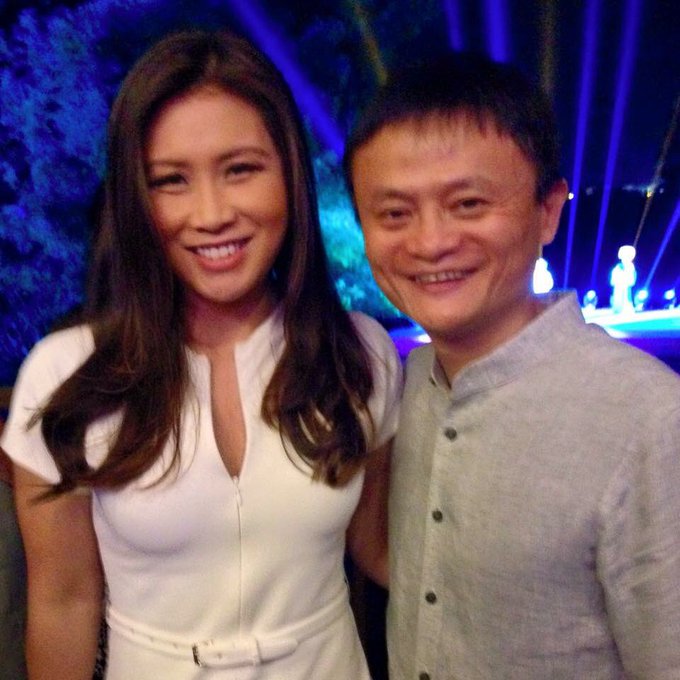 Since then, Alibaba’s value has soared. It is now on par with America’s Amazon retailer but makes even more deliveries than the American company. Alibaba reportedly now makes 55 million e-commerce deliveries daily.

The company held a successful IPO in 2015, valued at a record $25 billion. The company is now valued at over $400 billion, with Jack Ma’s net worth raising to $40 billion. Alibaba now controls businesses in diverse other sectors, from media to finance.

The outgoing chairman says he already has his eyes set out for new adventures: philanthropy and education. Mr. Ma is presently a Special Adviser at the United Nations Conference on Trade and Development (UNCTAD) on youth entrepreneurship. Interestingly, a key part of his post-Alibaba agenda is the Jack Ma Foundation.

Jack Ma, Founder of Alibaba Group, concluded his unprecedented visit to Africa with the announcement of a $10 million ‘Netpreneur prize’ for African entrepreneurshttp://venturesafrica.com/young-african-entrepreneurs-receive-boost-with-jack-mas-10-million-netpreneur-prize/ …

Founder and CEO of Alibaba, Jack Ma, has announced a $10 million ‘Netpreneur prize’ for African entrepreneurs.

“I’ve prepared a Jack Ma Foundation. All these things that I’ve been preparing for 10 years,” Mr. Ma told Bloomberg. “There’s a lot of things I can learn from Bill Gates. I can never be as rich, but one thing I can do better is to retire earlier.”

The foundation is modeled after that of Bill Gates and his wife, Melinda. But unlike the Gates, Mr. Ma has not announced if he’ll give half his wealth away.

However, he has started some efforts to use his wealth for good. A few weeks ago, Ma announced the Netpreneur Prize, a $10 million fund for African startups. The fund works like a startup competition targeted at startups using technology and the internet to create sustainable innovations. Each year, for 10 years, the fund promises $1 million to select startups. The initiative has been hailed globally, and will kickoff officially from next year.

28 thought on “Alibaba’s Jack Ma to Resign on his 55th Birthday, Shifts Focus to Philanthropy”