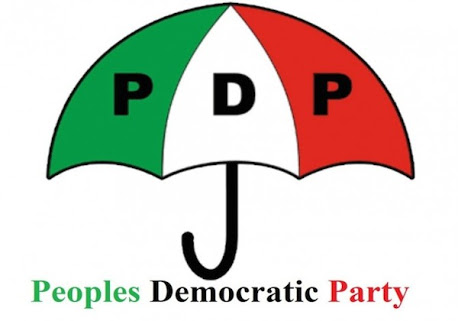 The Peoples Democratic Party said on Thursday that all social, economic and political indicators have shown that the game is up for President Muhammadu Buhari ahead of 2019 general election, in spite of the many anti-democratic machinations of the Presidency and the All Progressives Congress (APC).

The party in a statement said Buhari’s desperate bid to use his veto to frustrate the amendment to the Electoral Act passed by the National Assembly, which practically checked all APC’s rigging strategies for the election, showed that the President and his derelict party were clutching on straws.

“Since Nigerians rejected his veto and approved that the National Assembly should override him, the rigging plans perfected by the Buhari Presidency and the APC have been dismantled.

“The Buhari Presidency and the APC in their plans failed to note that Nigerians are already aware that President Buhari is mortally afraid of the amendments because it effectively checks the use of underage and alien voters, vote-buying, alteration of results and manipulation of voter register; the very basis for which APC and Buhari Presidency have been boasting of winning the 2019 elections.

“Nigerians are aware that President Buhari does not want the amendment because it provides for instant transmission of results from the polling to collation centre, thus eliminating interferences and planned alteration of results by the APC.” It said.

PDP said Buhari was not happy because the amendment makes it mandatory for INEC to publish voter register online, thus terminating APC’s plot to doctor voter register to suit the President’s rigging script.

It added “Nigerians are full of commendation for members of the National Assembly, who, in spite of executive intimidation and President Buhari’s determination to set aside the amended electoral law, have maintained their patriotic stand in the overall quest by our citizens for a free, fair and credible 2019 general election.

“The APC should know that Nigerians have since seen through their lies and machination, including the exposed plot to use security agencies to intimidate oppositions. The citizens are, now more than ever before, ready to resist all anti-democratic machinations in the 2019 general elections.

“What is left for the Buhari Presidency is for it to end its scheming, tender a direct apology for its abysmal performance and get prepared to accept defeat and leave the stage for a more innovative and people-oriented President, to be elected by Nigerians on the platform of the repositioned PDP, come 2019.”