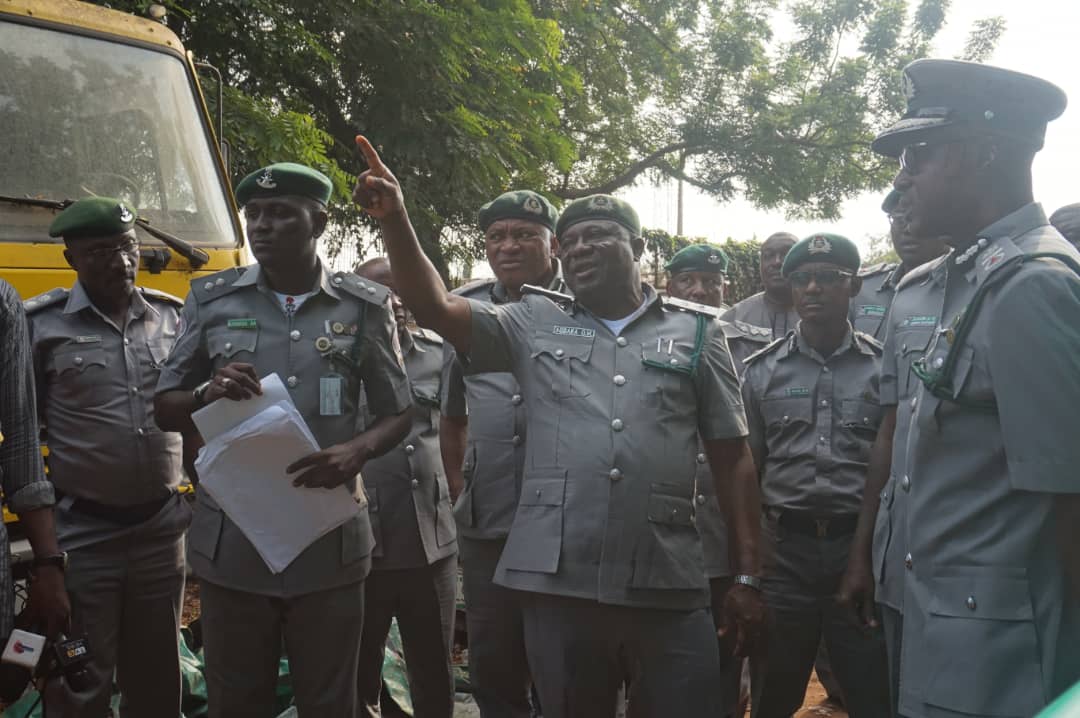 The Ogun Command of the Nigerian Custom Service said it has intensified its patrol to check smuggling, bunkering and proliferation of small arms and ammunitions in the state.

The command’s Controller, Michael Agbara, while briefing journalists at the Command Headquarters in Idiroko, said the command will continue to make sure that they gather intelligent information as well as form synergy with other agencies, both at the federal government level and the local communities.

The controller stated that the command has zero tolerance for arms and ammunition, describing his officers as patriotic Nigerians.

His words, “We know that bringing in arms and ammunition will do no one any good and our officers at the border post are on red alert. The smugglers know this and they will not even attempt of bringing it.

“The battle line has been drawn and we will continue to do our best and seize any rice we found anywhere. Whether you put in your house, SEMA allows us to go there. If you put it in the warehouse, we are allowed by law to storm there and raid it. On the road or footpaths, we are there. What I will advise them is to desist from smuggling and obey the law.

“Some of these seizures you have seen in not the handiwork of only my command, some of you have partnered with us by giving us information. I thank you for that and I look forward to more of such collaboration.

“Equally, we want to out on record the assistance we have gotten from sister security agencies. We work as a family and with that team work; I believe smugglers will have nowhere to operate in this area again.

“On the issue of rice, I and my officers have taken it as a personal fight because we know the implication of smuggling rice portends for the economy. We all have junior ones who are looking for jobs.

“So if we allow smuggling, we are creating job in other countries where these rice are being imported from. So we are determined more than ever before to ensure that this rice don’t come in.

“We have also gotten the backing of the management to do what we are doing. They have supported with some logistics which has been of advantage to us. Equally, we have formed a synergy with a lot of cooperate bodies, including the journalists. I think those are the reasons for the increase”.

However, Agbara added that the command has arrested three suspects, who are currently undergoing interrogation.