Reno Omokri slams Keyamo, says ‘Gani must be ashamed of him’ 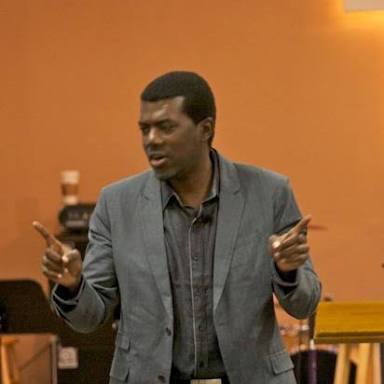 On Thursday, in Ilorin, at the inauguration of the Buhari/Osinbajo Project 2019, Keyamo declared that since 1999, no President has touched the lives of the poor and vulnerable Nigerians than Buhari.

Keyamo urged Nigerians to fight for the President who has fought for them and has done more in 3 years than the 16 years of rule under the Peoples Democratic Party.

“They operated a system that ignored physical infrastructure in the country, that ignored the plight of the poor, the weak and the vulnerable in Nigeria.

“If you compare what accrued to the country in 16 years and what was done with the money earned in three years and infrastructure built by Buhari, you will see the difference.

“In 16 years, all they did in the South East was Onisha-Owerri road, whereas, in three years, President Buhari is doing four major road construction in the region,” Keyamo said.

He noted that what Buhari has done was to take the bullet from the rich to protect the poor.

“You have a president who has fought for you, why can’t you fight for him.

“This is the time he needs you more to fight for him. It is reciprocal and that is why we must remind ourselves today why we must stand firmly behind him in 2019.

“I can tell that there is no government in the history of this country since 1960 that has addressed the plights the poor, the vulnerable in the last three years than this government,” he said.

Reacting, the best selling author of Facts Versus Fiction: True Story of the Jonathan Years who served under Jonathan as an aide said Keyamo has continued to publicly embarrass himself.

“Why does Festus Keyamo continue to embarrass himself like this? His boss, Gani Fawehinmi, must be turning in his grave. The World Poverty Clock says Nigeria is now the world headquarters for extreme poverty, but this sycophant says Buhari has touched the lives of the poor!

44 thought on “Reno Omokri slams Keyamo, says ‘Gani must be ashamed of him’”