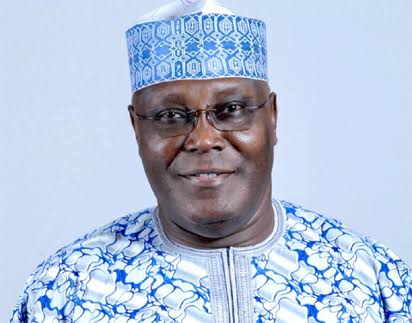 Former Vice President of Nigeria, Atiku Abubakar has advised Muslims across the country to take the center stage in promoting and spreading love among fellow Nigerians in order to consolidate our unity.

Atiku, who made the call in his Sallah message to Muslims to mark the Eid-el-Kabir Sallah celebration, said religion should be used as a means to advance the cause of love amongst the people.

He explained that diversity is not the cause of Nigeria’s problems, but blamed the attitude of Nigerians towards one another instead.

According to him, “the common interests that unite Nigerians are by far stronger than those petty factors that divide us,” adding that diversity can be used to advantage.

Atiku said intolerance, extremism and bigotry, if unchecked, could threaten peace and unity in any country.

He noted that peace and unity are the greatest assets that should not be taken for granted by Nigerians.

According to him, interfaith dialogue would not go far enough if bigotry is allowed to defeat human reason and wisdom.

The former Vice President explained that all religions preach love of mankind, and urged Muslims to promote the beauty of their faith through positive personal conducts.

Atiku noted that societies founded on hate and bigotry are always exposed to conflicts, and said these negative emotions can only be defeated by the power of love.

While wishing Muslims successful Sallah celebration, the Waziri Adamawa advised Muslims to remain vigilant against the influence of violent extremism which has been used by misguided elements to portray Islam in bad light.

55 thought on “Atiku, at Eid-el-Kabir, charges Muslims on love, tolerance”