A Team of Five #NigerianGirls Win $10,000 App Award at the Technovation World Challenge in the USA! 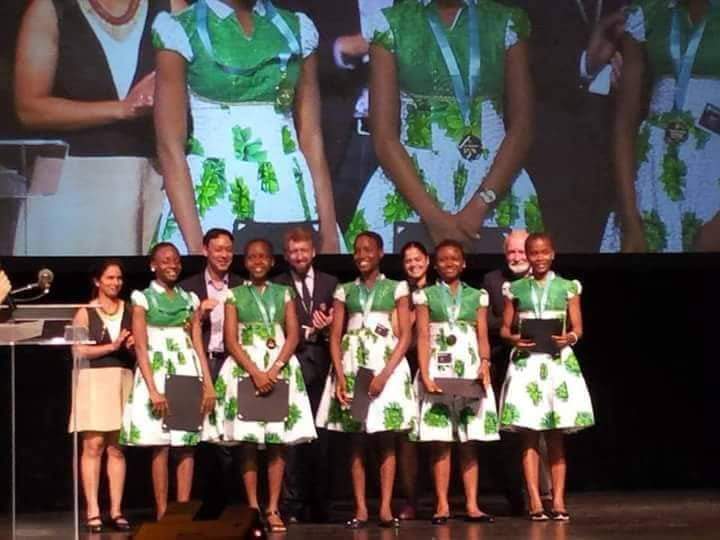 A Nigerian team of five girls has just been announced the winner of the $10,000 Junior Gold Awards at the 2018 Technovation World Challenge. The event was held in California, USA yesterday.

Codenamed Save A Soul, the group of five developed the “FD-Detector”, an app to help fight fake drugs. By scanning the barcode on drugs, FD-Detector can determine the genuineness of a drug. It’s quite astonishing!

Save A Soul is made up of five young students from the Regina Pacis College in Anambra State. They include Promise Nnalue, Jessica Osita, Nwabuaku Ossai, Adaeze Onuigbo, and Vivian Okoye.

Leveraging technology to save lives is our utmost priority, that is why we have decided to maximize this opportunity to solve the incessant rate of death caused by fake drugs. –Team Save A Soul

The Save A Soul team made an impressive run to make it to California for the finals. The team emerged victorious in the Africa regional competition held in July in Abuja, Nigeria.

“This is the first time a Junior Nigerian team has emerged among the finalists to visit Silicon Valley,” says Ms. Onwuamaegbu-Ugwu, the team’s mentor and Director of Edufun Technik STEMCenter in Onitsha as well as a Mandela Washington Fellow.

To win the first place, however, Save A Soul had to compete with students from Spain, USA, Turkey, Uzbekistan, and China. And with over 2000 apps submitted for the competition, this win was no easy one.

And the team has further plans for the FD-Detector. In the long run, they aim to partner the National Agency for Food & Drug Administration and Control (NDLEA) to ensure the app goes mainstream.

The Challenge is held yearly for girls aged 10 to 18. And it tasks them on developing innovative solutions to practical problems. They learn how to communicate their ideas and turn them into viable businesses.

The challenge is held in two categories the Senior Division and the Junior Division. This year, in the run-up to the main event, over 19,000 girls from 115 countries participated. And at the finals, over 121 girls from over 50 countries took part in the challenge.

4,530 thought on “A Team of Five #NigerianGirls Win $10,000 App Award at the Technovation World Challenge in the USA!”