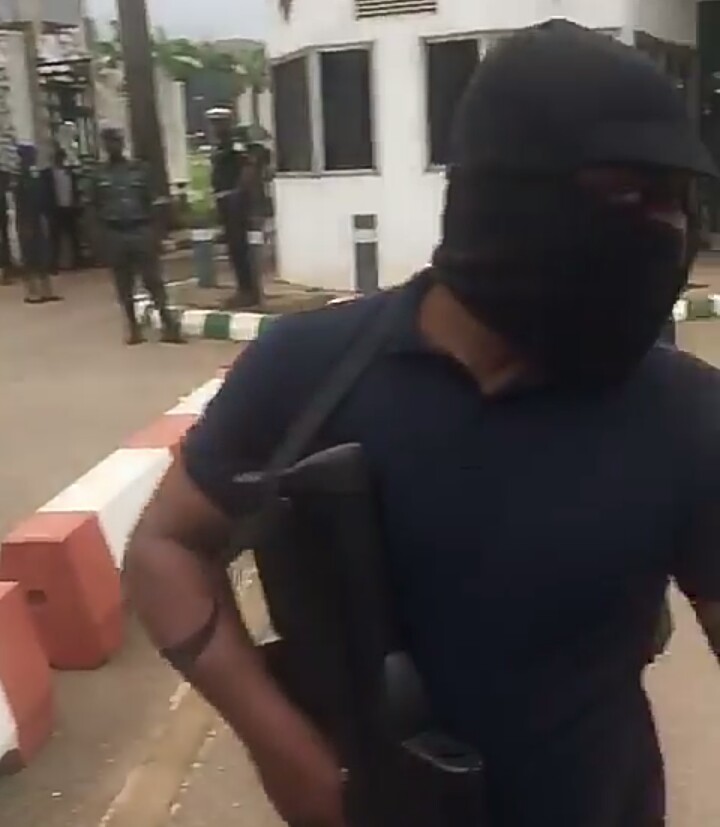 The Nigerian Youth Parliament has released an official statement condemning the recent siege saga at the National Assembly perpetrated by the DSS operatives which disrupted the activities of the lawmakers for the whole day.

The Nigerian Youth Parliament abruptly condemns in unequivocal terms the siege laid on the National Assembly on Tuesday, 7th August, 2018 by masked operatives of the Department of State Services (DSS) purportedly acting on instructions from above. No doubt, this despicable and reprehensible act constitutes an undue threat to our flourishing democracy and the constitutional principles of separation of powers as well as the tenets of rule of law.

On the other hand, the Parliament applauds the timely intervention of the Presidency through the sack of the seemingly purported ABOVE figure, who commanded and masterminded this unconstitutional ignoble and reckless invasion.

In the light of the foregoing, we hereby appeal for calm, peace and a symbiotic relationship on the part of all arms of Government. This we believe is the basic criteria necessary to deliver the much expected dividends of democracy to all the citizens of our great Nation. It’s significant therefore, to note and dispassionately adumbrate that NO one, regardless of the hierarchy of office can be said to be above the Nation and the prevailing sacrosanctity of the constitution.

In the same vein, we urge the Presidency to deploy the similar commendable apt and alacrity displayed in addressing this issue to pressing topical issues challenging the Nation such as insecurity, unemployment, excruciating poverty as well as disrespect for the rule of law, to mention a few.

The Youth Parliament as the Apex Youth-legislative arm of the Nigerian Youth constituency will as always, ensure the stern upholding of the fundamental principles and ideals of democracy such as unity, dialogue, adherence to the rule of law, good governance and anti-corruption whilst doing everything possible within the purview of the law to resist selective judgement, official gangsterism, absolutism and arbitrariness as we are certain that eternal vigilance is the price for liberty.