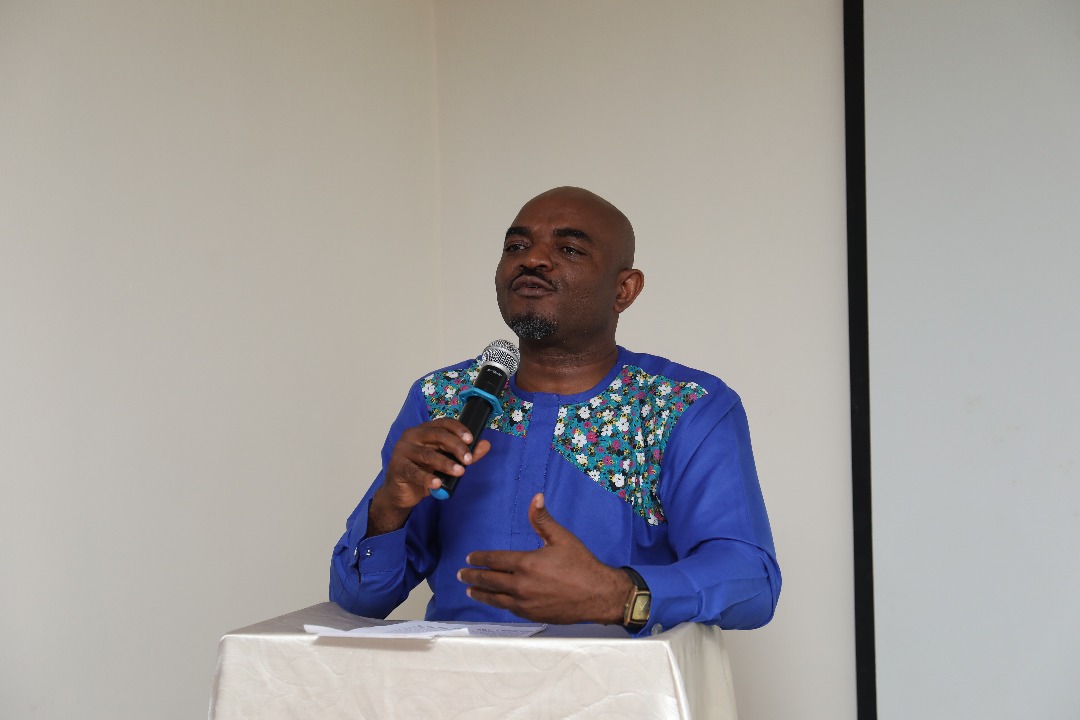 By Theresa Moses
The President, Actors Guild of Nigeria (AGN), Mr. Ejezie Emeka Rollas marks one year in office of the government of national unity and as promised, launched AGN Foundation to cater for ailing actors.

The prestigious event took place at a well

attended media briefing yesterday at Virgin Rose Resorts, Victoria Island Lagos on Wednesday, August 8, 2018 as practitioners, colleagues, well wishers and friends joined Rollas for achieving a milestone in the history of the industry.

Rollas revealed that the foundation has a mandate of generating N500m (five hundred million naira) endowment fund for actors and also serve as a medium to give back to the fans (community) by engaging in community development projects.

Rollas further state that: “It is indeed my pleasure to welcome you all to this special occasion of unveiling the AGN Foundation and using same medium to mark one year anniversary of this government of National Unity of Actors Guild of Nigeria with my humble self at the helm of affairs.
Actors’ guild of Nigeria is one among seven other professional guilds that form Nollywood which has accounted for more than 1.4% the country’s GDP or contributed about $7.2bn of Nigeria’s economy. This impact in the country’s development does represent the state of the association as it has experienced ups and downs and has grown stronger over the years.
“Veterans who have contributed to the development of the industry most times do not have anything to fall back on after so long number of years of service. Some move on to other businesses or sectors while some faces varnish with time. In the recent past, the guild have lost prominent veteran actors to serious illnesses due to certain medical conditions which could have been averted if there was a medium or platform set aside to harness the strength of the association to fund medical treatment of our own or a source for funding from philanthropist or Nigerians to help rescue their legends. Actors like Enebeli Elebuwa, Justus Esiri, Arshely Nwosu, Dave lhesie, Sam Loco Efe, Muna Obiekwe, Peter Bunor, Prince James Uche, and a host of others have been lost due to certain medical conditions and whose souls are resting in the bosom of the lord.
Presently we have a roll call of ailing members who urgently need urgent medical assistance: Obigeli Molobe, Romanus Amuta as Natty in the new masquerade, Fabian Adibe, Chike Osuji, Nwani Okolo, Patience Oseni, Fidelis Ezenwa, Abraham Madubuko, Dan Nkolagu, Sani Idris Kauru, Mohammed Tata etc. These are men and women who were very active before now making us happy everyday from our TV sets at home but not anymore because of illness.
“With the talent and number of registered members, the era of begging money for dying members because of huge medical bills is of the past. The guild intends to set up a foundation with the sole mandate of generating five hundred million naira endowment fund for the actors and also serve as a medium to give back to the fans (community) by engaging in community development projects.
The foundation will serve as a platform to unite the actors in Nigeria bringing them together for a common good especially during community development projects. The foundations will be used to assist veteran members in times of health challenges and demise. Veteran actors who set the pace for the present and upcoming actors have been neglected and abandoned in the past and they retire wretched and in bad shape. There is need to assist these veterans in times of need to show them their effort did not go unnoticed.
“Funding community development projects is important for the guild to impact lives. Locations of movie setting can be identified for certain community development projects as their needs could be identified during the course of a movie production.
The foundations objectives include but not limited to the following:
•        To take care of health needs of Veteran celebrities more especially at old age
•        To engage in community development
•        To ensure we reach out to the downtrodden in the society as part of AGN corporate social responsibility.
On the other hand, we celebrate the one year in office of this government of National unity. Before we were saddled with the responsibility of governance, The Guild was in total disarray. As we assumed office we didn’t waste time and we hit the ground running. In eight months of our administration, we produced the first ever AGN mobile application with payment gateway for dues and new members registration. We introduced the group accident insurance scheme of which over two thousand members have enrolled.
As proud affiliates of Federation of International Actors (FIA), we are pursuing world best standards. Nollywood is no longer about appearing on the screen, it’s now about what comes to you as an actor even after many years of your appearances. If we don’t come together now as a strong union we may lose it completely. I therefore call on all actors home and abroad to key into this new AGN rebranding process, sign up on the insurance scheme, make use of our mobile app downloadable @ google play store. Just type Actors Guild of Nigeria.
On behalf of the Board of Trustees, our National Executive Council, Chairmen of the State Chapters and the membership of Actors Guild of Nigeria (AGN), I want to say a very big thank you to the Management of Irachy PR for accepting to be our consultant on this project. It is indeed a partnership that will work. And for all of you, thank you for coming.”