More than 9million Nigerians to benefit from Social Investment Programme 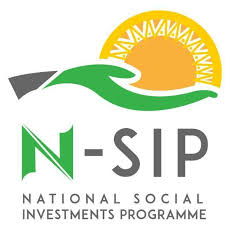 The Presidency announced on Monday that over 9m individuals have benefitted from the Cash Transfer Program (CTP) of the National Social Investment Program (NSIP).

The Special Adviser to the President on NSIP, Maryam Uwais, said this at the One-Day Sensitization Meeting of Stakeholders on Activities of the National Social Safety-Nets Coordinating Office (NASSCO) which held at Abuja on Monday.

According to Uwais, the program, which is being coordinated by NASSCO, has also resulted in the feeding of over 8.5 million schoolchildren across 24 states in the federation.

“We are trying to build a roadmap for social investment to ensure the improvement on the poverty indices in Nigeria,” she said.

“With this, the government is able to start a program for people with very low inventory.

“In order to sustain this program, Nigerians need to know what it is all about.”

The National Coordinator, NASSCO, Mr. Iorwa Apera, disclosed that NASSCO has partnered with the state governments and established State Operations Coordinating Offices (SOCU) in 34 states and the FCT.

“The mandate of NASSCO is to build a data base of poor and vulnerable households in the 36 states and the Federal Capital Territory (FCT) using appropriate targeting mechanism in the identification of the poor and vulnerable,” Apera explained.

“The database under reference is domiciled in the Ministry of planning in every state and could be used for planning and decision making nationwide.

“This database could also be accessed by development partners for social interventions.

Apera also stressed the need for the state stakeholders to submit their registries of the poor and vulnerable households to the national level.

“In order for there to be synergy between the state and national registry and recorded data, we need the stakeholders of each state to send us their own registry of poor and vulnerable households in Nigeria”.