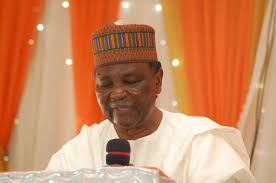 Former Head of State, Gen. Yakubu Gowon (retd), has expressed serious concerns over the security situation in the country, saying that the situation if not immediately addressed, could lead to a religious war.

Gowon spoke on Saturday at the Benue People’s House, Makurdi, when he visited Governor Samuel Ortom to commiserate with the government and the people of the state over the wanton killings and destruction of properties in the state.

He particularly expressed worry over the killings of innocent and unarmed villagers by armed herdsmen, which had yet to be stopped by appropriate authorities.

Gowon, who said he was disappointed at the handling of the security situation in the country, said, “Security agencies should invite and question the leadership of Miyetti Allah Kautal Hore who had threatened to unleash violence on Benue State and later justified the killings and their roles.”

The former Head of State who said he was out of the country when two priests and 17 worshipers were killed in a church in the state during morning mass, expressed the condolences of his group, ‘Nigeria Prays’ to the governor.

He said, “I am sad and worried at the religious dimension the killings are assuming.

“It is worrisome to see innocent people being killed. Government should make more efforts to tackle the insecurity situation in the country before it descends into a full religious war.”

Gowon commended Ortom and the Benue State government for the way they had so far handled the issues of killings and devastation of communities.

He said, “For us to survive as a nation; we must learn to live together as one regardless of ethnicity or religion”