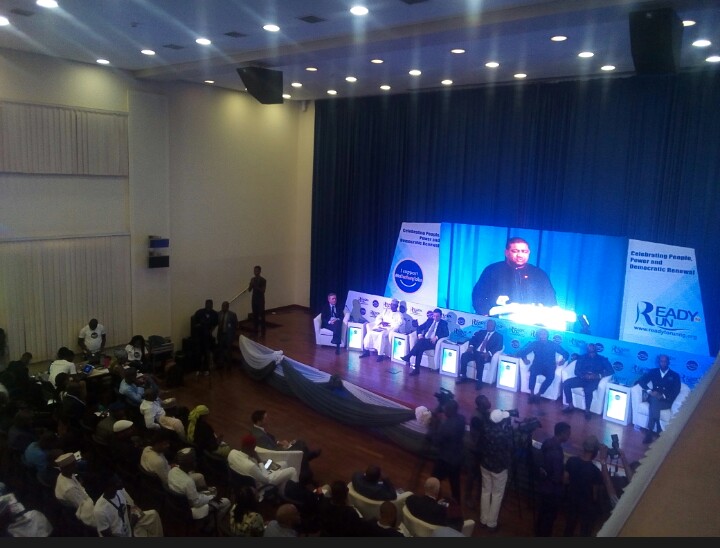 In the spirit and ambience of celebration, #Nottoyoungtorun Strategic Team, media, international and local partners and others who have directly and indirectly contributed to the successful advocacy milestone of #Nottooyoungtorun Act were all celebrated at the Not Too Young To Run Celebration Conference Shehu Musa Yar’adua Centre, yesterday in Abuja.

According to Samson Itodo, Chief Convener, #NOTTOOYOUNGTORUN and Executive Director, YIAGA, during his keynote address ‘the successful advocacy milestone of #Nottooyoungtorun has been a collective and collaborative effort towards raising young and vibrant leadership that would strategically take our dear country out of the woods’.

Itodo further stated that, the celebration conference becomes imperative in order celebrate our collective impacts and that of those leaders whom had given unwavering support from the outset of the campaign such as Professor Attahiru Jega, Speaker of the House Representatives, Yakubu Dogara, and all the 33 states House of Assemblies that supported the Bill. They have all been inducted into the Hall of Fame while the 3 states namely Lagos, Kano and Zamfara states that have refused to support the Act were put in the Hall of Shame!”

He added that with #Nottooyoungtorun Act in place the myriads of challenges and issues of inequality that have hindered full participation young persons in governance would gradually become a thing of the past.

Several panelist sessions were held at the conference to intensify dialogue and conversations around Nigeria’s nascent democratic system of governance and role of young people in its survival and sustainability.