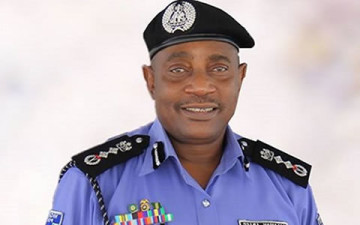 House of Representatives has mandated its committee on Police Affairs to investigate the Inspector General of Police (IGP), Solomon Arase over the utilization of the sum of N18 billion released to the Nigeria Police Force to fight insecurity and also for effective recruitment of police personnel in the
country.

While N10 billion was released to Arase by President Muhammadu Buhari to combat spate of insecurity, over N8 billion was also released by the President to facilitate the proposed recruitment of the 10,000 police personnel in the country.

The move to investigate the IGP was brought on the floor of the House under matters of urgent public importance by Hon. Johnbull Shekarau.

In his submission, Hon Shekarau noted that President Muhammadu Buhari recently released about N10 billion to the Inspector General of Police to combat the spate of insecurity in the country.

He further noted that President Buhari also released over N8 billion to facilitate the proposed recruitment of the 10,000 police personnel in the country.

Shekarau said: “The Inspector General of Police in a recent interactive session with the House Committee on Police Affairs claimed that more equipment including surveillance cameras had been procured and deployed across the nation for the purpose of checking the spate of kidnapping and other violent crimes in the country. The rate of kidnapping, profile murders and other crimes in Nigeria are presently on the increase.

“There are not enough equipment and surveillance cameras deployed by the IG to facilitate the reduction of violence crime in the country.”

On the recruitment, he said, “until date, the police training colleges are still dilapidated and infested with rodents; not conducive for the effective training of police recruits.

“The Police Service Commission, whose jurisdiction it is to organise the recruitment have commenced the process of recruitment without corresponding preparation by the Nigeria Police Force.”