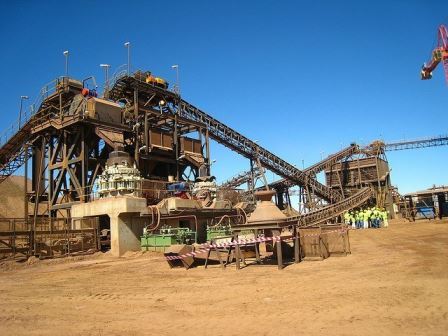 On 15 April the United Kingdom published its first Extractive Industries Transparency Initiative (EITI) report, after being an EITI candidate country since 2014. The report provides, for the first time, and for calendar year 2014, a detailed public breakdown of taxes, licence fees and other payments made to the UK government by 71 named oil, gas, mining and quarrying companies that operate in the UK and its territorial waters, along with a similar breakdown of extractive revenues received by UK government agencies.

The UK EITI report also includes, as required under theEITI Standard (adopted in 2013, updated in 2016), a chapter providing a wide range of information about the UK’s extractives sector. This includes a summary of the UK’s legal framework and fiscal regime for oil, gas, mining and quarrying; contracting and licensing arrangements, including details of and links to publicly available licences and contracts; the contribution of the extractive sector to the UK economy (by far the largest contribution comes from North Sea oil and gas); and disclosures about beneficial ownership made by privately owned reporting companies.

The UK was a founding supporting country of the EITI when it was established in 2003. Now, as an EITI-implementing country, the UK has a Multi-Stakeholder Group (MSG), comprising representatives of government, industry and civil society, to oversee the reporting process. The UK MSG appointed accountancy and consulting company Moore Stephens as the “independent administrator” required to reconcile disclosed company payments and government revenues and to highlight any significant unreconciled discrepancies in the data.

The UK EITI report covers UK government extractive revenues totalling £3.23 billion in 2014 and extractive company payments to the government totalling £2.43 billion for the same year, including project-level disclosures where relevant. The disclosure threshold is £86,000 for any single payment or stream of similar payments (consistent with with chapter 10 of the EU Accounting Directive 2013 and the UK Reports on Payments to Governments Regulations 2014).

The difference between the reported 2014 UK government receipts of £3.23 billion and companies’ reported payments of £2.43 billion represents £802 million of taxes paid to the government but not disclosed to the independent administrator by six oil and gas companies, plus £10 million of other material payments not reported by companies. This sizeable reporting gap poses a challenge for the UK EITI, because reporting of all relevant payments by extractive companies is required for a country to achievecompliance under the EITI Standard. The second UK EITI report, due for publication in 2017 and covering calendar year 2015, will undergo the EITI’s formal validation process and be a crucial test.

Besides publishing the EITI report online, the UK government has undertaken to provide the disclosed payment and revenue data in open data CSV (comma separated values) files, to meet its commitment in the UK’s Open Government Partnership National Action Plan 2013-15 to make extractives data more readily available and machine-readable for users. This blog will be updated once the CSV files are available.

The MSG would like to hear readers’ comments on the UK EITI report. Comments can be sent to business.transparency[a]bis.gsi.gov.uk or to the writer of this blog. A public launch event for the report takes place on 19 April.

Civil society has made an important contribution to the UK EITI process. Publish What You Pay UK was asked by the Department for Business, Innovation and Skills in 2013 to coordinate civil society participation in the UK EITI, and the UK EITI Civil Society Network was established for this purpose. Members of the network elect full and alternate civil society representatives to the MSG, so far including representatives of Global Witness, the Natural Resource Governance Institute, Transparency International UK and Publish What You Pay UK. Potential new civil society members who are interested in joining the network and agree to uphold our membership principles are very welcome to contact the author of this blog, who coordinates the network.