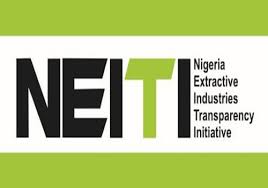 [dropcap]T[/dropcap]he Nigeria Extractive Industries Transparency Initiative (NEITI) has called on Nigerians to take advantage of available information and data contained in its audit reports to push for the actualization of reforms in the extractive sector.

Executive Secretary of NEITI Waziri Adio expressed concern that the availability of information and data in the public domain is not enough except citizens use them for the purpose of promoting accountability and good governance.

He expressed regrets that although NEITI has through its Audits put a lot of information in the public space, the citizens including the media and civil society are yet to effectively utilize the findings and recommendations to bring about positive reforms in natural resource governance that can lead to impact.

The Executive Secretary expressed these views at the Policy Dialogue on Implementation of the Recommendations of Past Oil Sector Investigative Reports held in Abuja. He used the Forum to disclose that NEITI’s latest audit report covering both the solid minerals and oil and gas industries for the year 2013 will be published within the next few weeks.

The Executive Secretary stressed that except and until remedial issues contained in these Reports are adequately and fully implemented, it will be difficult to achieve a dynamic and result oriented extractive industry of our dream.

The former Chairman of NEITI Board, Professor Assisi Asobie called on the government to work with NEITI to lead Nigerians out of the resource curse. He identified the consequences of resource curse to include poverty, ignorance, misery and Dutch disease in the midst of plenty, adding that, recently resource endowed nations whose citizens wallow in abject poverty are also prone to social unrest, conflicts and terrorism. He appealed to the media and the civil society to empower citizens with accurate information in order to build their confidence and trust in the transparency and accountability process.

The Roundtable was organized by Natural Resource Governance Institute and had in attendance Civil Society Organizations, Development Partners, Government and Company executives. The Roundtable reviewed all previous NEITI Reports and reports of investigative Committees on the oil and gas industry, identified the gaps and similarities.

The Stakeholders called for the implementation of the recommendations in the reports as part of the on-going reforms in the sector.

The Forum also called for the early passage of the Petroleum Industry Bill.