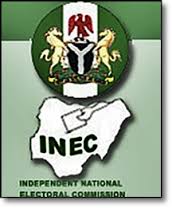 One of the pre-conditions for free, fair and credible elections is a coherent, unambiguous legal framework. This is so because elections are predicated on the viability and potency of a legal architecture anchored on the principles of inclusion, integrity, justice and equity. The Electoral legal framework defines political relationships, creates a framework for the actualization of citizens franchise and a conflict management system. The legal framework must be structured to ensure the sanctity of the votes, an ordered process and participation of stakeholders. Its non-existence could potentially undermine the integrity of elections and create pathways to political instability.

Since the return to democracy, Nigeria has been restructuring its electoral process in an attempt to promote free, fair and credible elections,thereby deepening democracy. The continuous attempt to reform the electoral process is borne from the irregularities, malpractices, and violence that characterized elections post 1999. Obviously, the history of elections in Nigeria has been tainted with massive irregularities, prebendal politics, and violence. For instance, the report of the Babalakin commission of inquiry established to investigate the Ondo state governorship elections in 1983 identified several legal, structural and procedural challenges that impugned the credibility of elections in Nigeria to include; illegal printing of ballot papers, voter cards, illegal compilation of voter register, compromised voter register, falsification of election results, poor election logistics management etc.

Twenty-four years later, these same issues informed the establishment of the Electoral Reform Committee (ERC) headed by former CJN Justice Muhammadu Uwais following the conduct of the 2007 elections. The committee undertook one of the most comprehensive electoral reform exercises in recent times. It proposed fundamental changes in the electoral process. Key among them is the unbundling of INEC, procedure for appointment and removal of members of the Commission, dates, and sequence of elections, security of election materials etc. There is no gainsaying that the Uwais report is a reference tool for recent electoral reform efforts. Whilst some of its recommendations on financial autonomy for INEC and improved security features on sensitive election materials have been mainstreamed in subsequent reforms, the electoral process remains far from perfect.

Following the conclusion of the 2011 general elections, the movement for the amendment of the 2010 Electoral Act (as amended) and the 1999 Constitution (as amended) to address key challenges arising from the 2011 elections commenced. Civil society organizations like the Partners for Electoral Reform, Youth Initiative for Advocacy, Growth & Advancement, Nigeria Civil Society Situation Room, Centre for Democracy and Development, Alliance for Credible Elections etc, led diverse advocacy initiatives on ensuring reforms to the electoral Act. Some of the key issues on the reform agenda include the appointment of INEC commissioners, unbundling of INEC, electronic voting, the role of military and security agencies in elections, prosecution of electoral offenses etc.

As previously experienced, the amendment process took the normal trajectory of previous reform processes. Since the enactment of the 2003 Electoral Act, it has become a norm for electoral reform to dovetail right into the electioneering period. For instance in the 2011 general elections, the amendments occurred four months to the general elections. This current amendment assumed a worse dimension, as the Bill which scaled through the National Assembly on March 10th, 2015 received presidential assent on March 26th, 2015 two days to the historic March 28th Presidential elections. Until this minute, the new amendment is largely obscure even to election administrators and experts.

The attitude towards electoral amendment in Nigeria does not only impact on the management of elections by INEC but also affects planning by other stakeholders. For instance, the planning of voters education program becomes onerous for political parties, media, and civil society. It must, however, be stated that the 2015 elections were conducted using the Electoral Act 2010 (as amended) despite the existence of a newly amended electoral law. This is the impasse the African Charter on Democracy, Elections, and Governance sought to cure when it stipulates that electoral amendment must occur at least 6 months before the date of an election. This provision was also reinforced in the ECOWAS Supplementary Protocol on Democracy and Good governance.

Samson Itodo is an elections enthusiast and he works with the Youth Initiative for Advocacy, Growth & Advancement (YIAGA). He tweets @DSamsonItodo