What Wrong Has Teni Done? 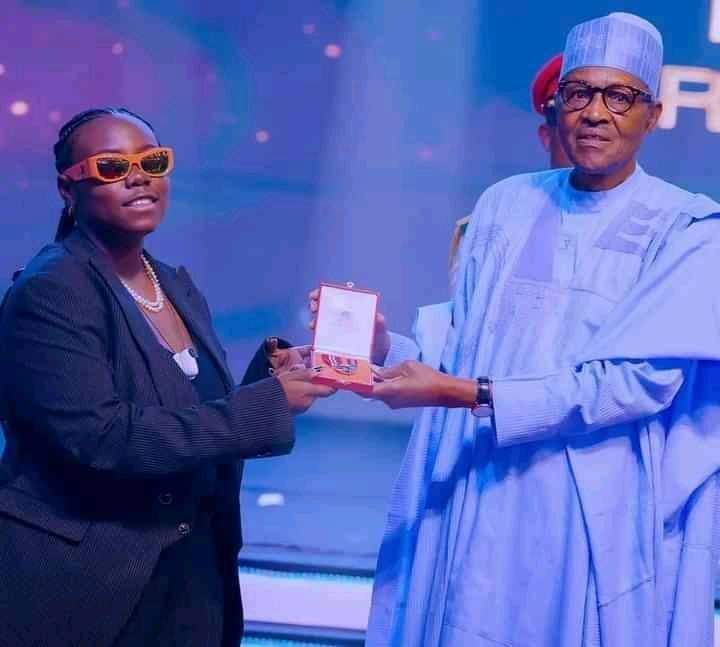 Since yesterday, I have read several snide comments as well as unwarranted name calling being passed at Teni by some Pro Buhari ‘extremists’, who really felt offended about the girl’s simple act of being present to receive the National Honour she had been invited to receive by the Mr President.

These groups claim the poor girl had an awkward body language to the Mr President while receiving the national honor. I find that claim a very ridiculous one.

They went further to criticise the fact that she never tried to exchange pleasantries with the Mr President screams major disrespect and arrogance towards the Number Citizen of the Federal Republic of Nigeria! That I also find totally uncalled for.

To be candid, I have watched the Award video for the countless times, I found nothing awkward within the space of 40 seconds she walked towards Mr President to receive her National Honor.

My grouse is, why must anyone focus on another person’s body language at an occasion of such magnitude, where every single Honoree present were probably excited to be recognized? To what end?

More so, what sort of score would a Poor Teni has to settle with a whole President of the Most Populous Black Nation in the world, that would make her exhibited the supposed arrogance towards him at such an occasion?

All those above stated questions keep popping up in my head while watching the award clip, in spite of the fact that, I never saw any arrogance in her actions.

Nevertheless, what I have been able to deduct from this whole reactions trailing Teni is, Nigerians need to stop victimizing celebrities or any public figure for that matter. We need to quit reading unnecessary meanings to their actions in the public because they are humans too.

We tend to assume we know what’s going on in the minds and life of every celebrity by their body language and the comments they passed because of our unwarranted sense of entitlement to them for always been in the public eyes. Which is absolutely bad!

Teni has done nothing wrong at that occasion. She had only gone to receive a Honor she truly deserves, and not to spend time exchanging pleasantries with anyone. Whether she smiled, frowned or even danced while receiving the award is all her choices.

Also to those trying hard to create nothing out of nothing over this matter, I would advice them to cease fire. And be more objective in their views rather than bringing politics into whatever they see on Television or in the news. They should also learn to mind their businesses more and stop living PMB life for him.

I mean PMB is like Grandpa to Teni na… The gap is too much. Her action at that point in time, shouldn’t even be given so much attention.

I rest my case!