Show of Shame at our Airports! 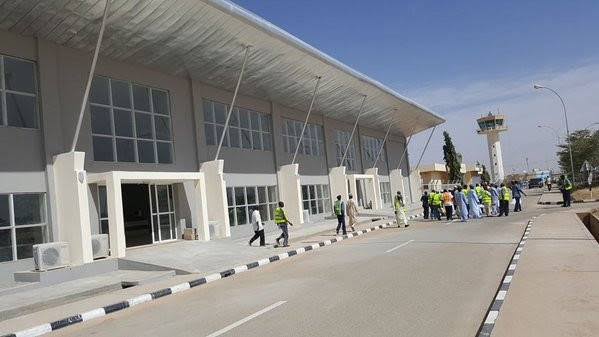 Who have noticed that the Federal Airport Authority of Nigeria (FAAN) officials have even upgraded their style of begging at the airports rather than quitting the begging?

This is in spite of several warnings from Nigerians and Federal Government.

From the old format of “Oga anything for the boys” to “Oga do giveaway na?” in an annoying tone of entitlement😂

Omo, that thing is not only nauseating, it’s becoming an international disgrace.

The sad part is, no one is spared in this their shameful trade of extortion.

The other day, a lady foreigner, who could hardly speak nor hear English properly was being ‘taxed’ by these crooks 😂 right before my eyes.

The lady could have escaped the extortion but she too was curious to know what they were demanding for.

Until these guys used Biro and paper to write it down in English for her.

She bursted into laughter afterwards. Eventually dipped hands on her purse and handed them a €50 bill.

Come and see screaming and hailing! 😂

Other officials immediately started hustling the Oyinbo for another €50.

Until I, out of annoyance interrupted the awkward moment by saying “Oga this is too embarrassing na. Respect this your uniform.

“Oga you sef go drop something before you commot here. Na your bag be dis?”

I just bursted into laughter😂 I was completely disarmed by his banter.😂

So crazy I swear.

My grouse here is, these guys have no idea that they are the face of this Country. They are the Ambassadors of sort in their respective roles at the airports. Since they are the first set of Nigerians these foreigners often come in contact with.

The impression they create, either good or bad, at that point in time, will always stick in the minds of these foreigners.

I would suggest FAAN introduces more stringent punitive measures for any official found guilty of such ridiculous begging in our airports.

Did I forget to say, I dropped too? Yeah, they hustled me. But I won’t say the amount 😂.

I even gave them red wine found in my bag.

A Lunch Date with Transcorp Hilton!