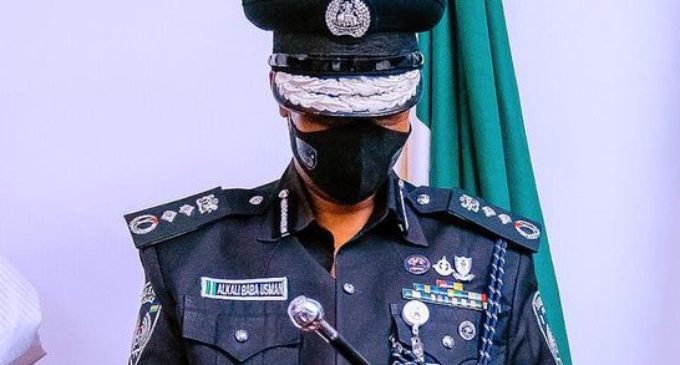 Inspector-General of Police (IGP), Alkali Baba Usman, yesterday, cautioned officers and men of the Nigeria Police Force (NPF) planning to embark on strike to stop or be ready to face the consequences.

Usman, who gave the warning, while addressing men of the force at the Bompai Headquarters of the Police Command in Kano, restated that such action was “tantamount to mutiny”.

It was gathered that some officers and men of the force allegedly being persuaded by a top officer of the police were said to have concluded plans to embark on an industrial action from Friday, March 26, 2022, to demand improved welfare package from the Federal Government.

But Usman, who was represented by the Assistant Inspector General (AIG) of Police, Zone One, Kano, Sadiq Abubakar Bello, told the officers that industrial disharmony was strange to officers of the Nigeria Police Force, who are trained to maintain law and order and protect civil society.

Besides, the IGP explained that under no circumstances should any officer indulge in indiscipline in the guise of welfare protests, considering government efforts at improving the officers’ working conditions.

Usman, who hinted that the Federal Government had approved increase in salary and allowances of the officers, stoppage of taxes for inspectors and other lower ranks, provision of housing scheme and benefits, applauded the resilience and doggedness of the officers and men of the force.

He urged the officers to continue to discharge their duties with utmost dedication, commitment and patriotism.

“First, you should be reminded that the Nigeria Police Force is a regimented and disciplined organisation with laid down procedures and guidelines for channeling grievances; and in no circumstance is strike an option.

“Strike and other forms of deliberate disruption of law enforcement services by any personnel of the NPF is tantamount to mutiny. As such, no personnel of the force should engage in such action as that will taken for disloyalty and indiscipline.

“The Federal Government has already approved several incentives and improved welfare package for the Nigeria Police. We now have body armour to all inspectors and rank and file, as well as prompt payment of allowances for personnel on special duty,” he stated.

He further explained that the IGP has distributed over 30 operational trucks, 200 Toyota Buffalo trucks acquired and donated to the police by the Nigeria Police Trust Fund.

“We have also pursued and got approval of the Ministry of Humanitarian Affairs, Disaster Management and Social Development for the inclusion of relatives of police officers in the Farmers Moni, Trader Moni and N-Power schemes,” he added.