The Governor Sanwoolu humiliation by a Csp; the reminder for state policing system 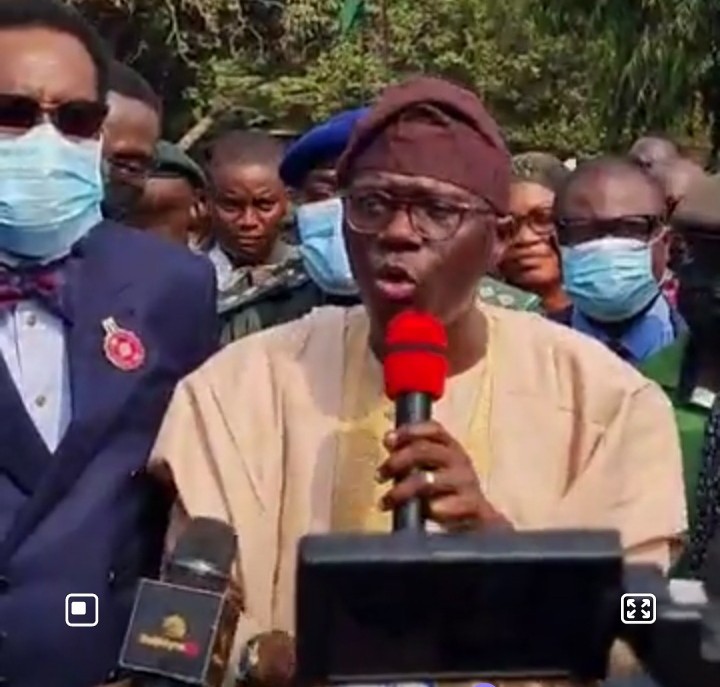 State/ regional/ provincial/ community policing system is a type of sub-national territorial police force found in nations operating the federal system of government in practice whereby the regional or state government are also in control of the police force and not just the federal government. This is typically what is obtained in countries in North America, South Asia etc.

This argument for state policing has lingered for decades in Nigeria and it has been a roller coaster for both the protagonists and the antagonists of the state policing systems as each side of the divide tends to have valid points to support their stand.

The state policing system is currently made impossible unless the constitution is amended to accommodate that as the Nigeria Police force is provided for on the exclusive legislative list of the Constitution of the Federal Republic of Nigeria, 1999. This implies that it is the federal government that are in charge of the police force. The force is directly under the command of the IGP who is an appointee of the President of the Federal Republic. This means that all police officers in the country directly or indirectly report to IGP who then reports to the Mr. President who is the grand commander of the force.

This federal system of policing as provided by the constitution encores that the regional governments; the state and the local government has no control over the police and this should clear your amazement why a chief inspector of police can stand his ground and flaunt the orders of the governor of a state who is the chief security officer of the state; the reason is simple, the police officer is not under the state government and does not report to the state government, he takes order and reports directly to the federal.

For us to understand why the Nigeria police force is the way it is, we would cast our mind to the colonial times when it was first established by the colonial masters. Of a truth, the Nigeria Police Force started as a body to meet the colonial masters needs. History holds it that the force was established as guards to enforce colonial orders on the citizens of Nigeria, surmount insubordination from citizens, collects taxes for the colonials masters and if the citizens resists or riots, they quell riots and protect the colonial masters. They were empowered to use any force necessary in carrying out these duties, hence the word “force” on their name. Historians and analysts tends to link this to the current behaviors of an average police man. He thinks he’s a police man just to protect the government against the citizens and use any force necessary in discharge of that duty, little did he know that according to s.4 of the police act which provides for the general duties of the police, he’s a police man for the protection of the citizens.

Everyone (even those in the other side of the argument) will rationally agree that state/community policing system will curb the insecurity challenges currently staring Nigeria in the face. A Niger state born police man who grew up in the state knows the terrain, the environment very well and in most case knows the bad area boys who have metamorphosed into the criminals and bandits and if deployed to the state as a police man definitely knows how to employ his initiatives, knows how to work with the locals in fishing out those wrecking havoc in the state. Same also, a Nnewi man who’s is an indigene of the community deployed to that community as a police man will be more useful in curbing insecurities in the community morethan a Kwale man that’s deployed from the federal to the community as a security agent.

A criminal will think twice before shooting a police man that speaks thesame language with him and grew up in the same community together, chances are that they know themselves. A Kanuri bandit will tend to listen more to a Kanuri police man who speaks his local dialect with him due to sentimental reasons rather than an Omo Yoruba or an Iyamuri (as they call Igbo folks) who is just deployed to the state from the federal. State Police will no doubt help confine criminal activities to their areas of origin and trash it out from there.

Furthermore, state policing will solve the youth unemployment rate by atleast 70%. When states employ capable youths, give them proper training and assimilate them into the state security agencies, jobs have been created and this will boast the economy of the state.

State policing system will also cut down the bureaucratic bottle neck that are currently in existence in the force. For example, during the Gov. Jide Sanwolu and the Csp Magodo face off, the Csp categorically stated that he was deployed to the estate on the order of the IGP through the AGF and can only disengage at the instructions of his boss, the IGP who he reports directly to. The bureaucracy of reporting directly to the federal slows down decision making process and has its own effect on governance and policy making. The magodo squabble between the Mr. Governor and the Csp took more time to get resolved due to the fact that the Governor does not have the power to issue order directly to the police officers to disengage, rather he has to call the federal to get clearance to instruct the men to stand down.

The above point spins over to the point of the state policing will cure the constant friction between the policemen and the state government. There are a lot of states in Nigeria where the commissioner of police don’t see eye to eye with the Governor of the state and this causes a lot of frictions and security breach. When there are two captains in a ship the struggle of who is in charge or ought to be incharge will wreck havoc to the ship.

State policing will also whittle down the extravagant corruption going on in the agency. The corruption of road block and extortion of motorist will stop. A disguised thief will not want to steal in community where everyone knows him. A state policeman would no want to exert corruption in his community where he’s known by everyone; every body knows the Police officer up to his family and kindred.

Also, the police officers will work more with passion with the belief that they are protecting the lives and properties of his brethren and kinsmen. The way a family member will protect and safeguard his family even without pay will definitely be different from the way a stranger who is even paid will protect the folks.

These and many more are some of the reasons why the Nigerian government should consider the state/community policing system. We are however not ignorant of the fact that the system has its demerits but putting it in the measurement scale, the merits weighs high and above the demerits hence the reason for advocating for its adoption.

Stan Alieke Esq. is a Lead counsel at Stanley Alieke & Co. He can be reached via Infoitooknow@gmail.com