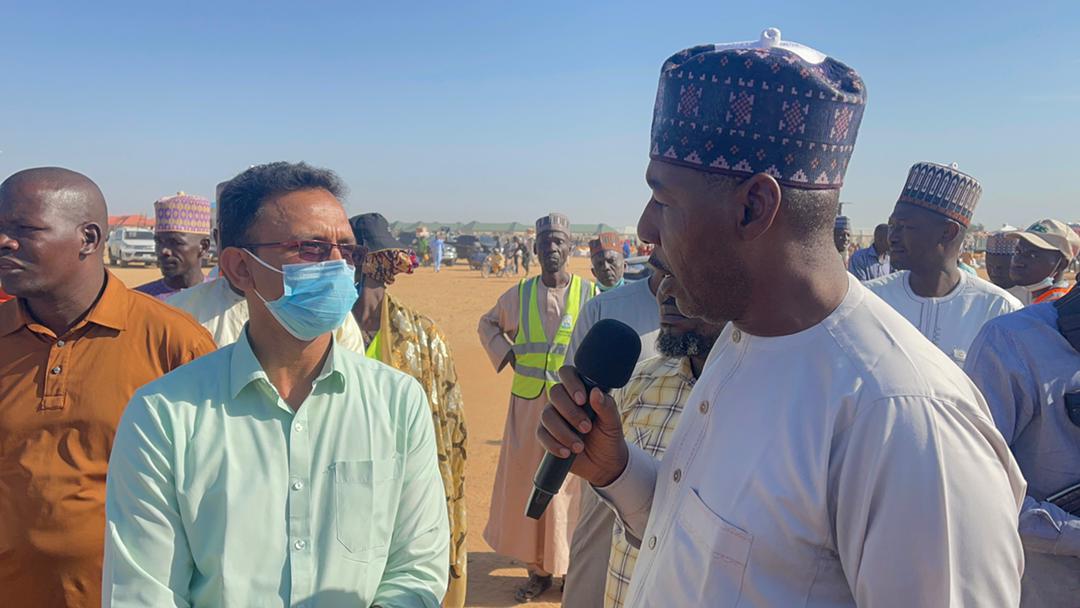 More than five thousand internally displaced persons who indicated interest to return to safe and rebuilt communities on Friday received half a billion naira (N500m) when Borno Governor, Professor Babagana Umara Zulum, showed up around 5:45am at a government controlled camp, fondly called ‘Bakassi’ in Maiduguri.

The Governor who spent seven hours coordinating food and cash aid, went unannounced in order to meet and support the most needy and homeless victims, because some persons have the habit of being at IDP camps from morning to evening, pretending to be completely homeless, while at night, they sneak to some homes outside the camp.

The ‘Bakassi’ camp, which is an uncompleted government estate along Maiduguri-Damboa road, has in the nearly seven years been occupied by IDPs from Monguno, Gwoza, Guzamala and Marte Local Government Areas. Many women at the camp have been giving birth to children, some of them almost annually.

Zulum argues that the IDPs camp was becoming a permanent culture and making some citizens become totally reliant on aids that are not sustainable, hence the decision to encourage safe and dignified resettlement with livelihood support.

Of the N500 million shared during the Governor’s visit, each man and woman (mostly widows) heading a household received N100,000, two bags of 25 kg rice, a carton of spaghetti and five liters of cooking oil.

Married women received N50,000 cash each, even after their husbands, each received N100,000 and food items listed above.

Majority of women who head households lost their husbands to killings by insurgents while husbands of some are still missing.

“Majority of the IDPs are willing to safely go back home. I came here in response to their request, to support them to relocate back to their ancestral homes. We are here to give them cash and food support that will help them with some small starting on livelihood after they return”, Zulum said.

The governor said while Borno State Government provided the N500m shared to the IDPs, the Federal Government, through the North East Development Commission, NEDC, provided a chunk of so much food items distributed to them.

.. Rules Out Forceful Relocation Amid IOM

While at the ‘Bakassi’ camp, Governor Zulum, in the presence of Borno’s Head of the International Organization For Migration (IOM), Mr. K. Vedahraniy, reiterated that although the state government plans to close all IDP camps in Maiduguri by December, no IDP should be forced to relocate to any community.

He directed that all returns must be voluntary noting that IDPs who choose to live in any part of Maiduguri or elsewhere will be provided with livelihood support to find place and live a productive life rather than depending on aid at camps.