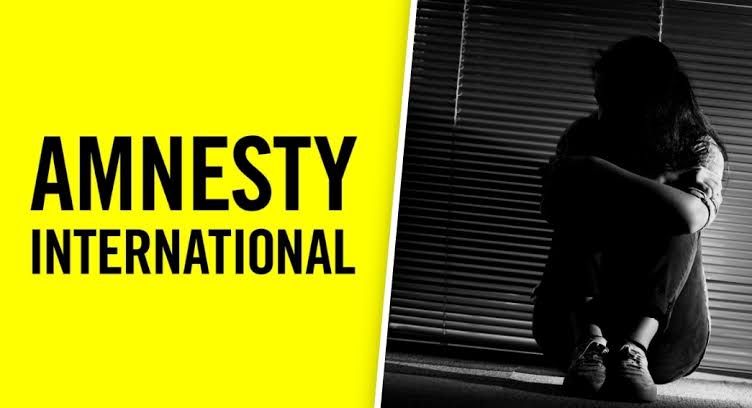 A new report by Amnesty International tilted Nigeria: A Harrowing Journey; Access to Justice for Women and Girls Survivors of Rape has revealed that despite the Nigerian authorities’ declaration of a “state of emergency” on sexual and gender-based violence, rape persists at crisis levels with most survivors denied justice, rapists avoiding prosecution, and hundreds of cases of rape going unreported due to pervasive corruption, stigma and victim blaming.

The organization’s recent research documents have shown that endemic rape are being under-reported due to stigma, victim blaming as well as Police failure to investigate sexual violence deprives survivors of justice.

According to Osai Ojigho, Director of Amnesty International Nigeria, “Concrete actions have not been taken to tackle the rape crisis in Nigeria with the seriousness it deserves. Women and girls continue to be failed by a system that makes it increasingly difficult for survivors to get justice, while allowing perpetrators to get away with gross human rights violations,”

“The fear of not being believed, or even being blamed for being raped, is creating a dangerous culture of silence that prevents survivors from seeking justice. It is unacceptable that survivors of rape and other forms of gender-based violence face such a torturous ordeal to get justice, which only adds to their pain. The ‘state of emergency’ has proven to be an empty declaration, which has so far done nothing to protect women and girls in Nigeria.”

She added that report is based on research carried out between March 2020 and August 2021, including interviews with 14 women and girl survivors of rape aged between 12 and 42.

Following the lockdown imposed to tackle the spread of Covid-19 in 2020, there was an upsurge in cases of rape.

In June 2020, Nigerian police said they had recorded 717 incidents of rape between January and May last year.

In April 2020, Nigeria’s Minister of Women Affairs said at least 3,600 cases of rape were recorded during the lockdown, while National Human Rights Commission (NHRC) received 11,200 reported cases of rape over the whole of 2020.

“The Covid-19 pandemic only exposed what has been going on for so long. Not only are women and girls being raped in Nigeria, but when they are brave enough to come forward they are being dismissed by police officers as liars and attention-seekers – slurs which inflict further injury,” said Osai Ojigho.

“Nigeria must protect women and girls by ensuring that perpetrators of rape face justice and survivors get protection and psychosocial and medical support. The tide of sexual impunity against women and girls must be turned now,” she said.

The Organization however, calls on Nigerian authorities to act now to protect women and girls from rampant sexual violence. All reported cases of rape must be thoroughly, promptly, and impartially investigated and perpetrators must be prosecuted, and if convicted, sentenced with appropriate penalties. Existing discriminatory laws must be repealed and followed up with a concrete implementation and enforcement framework.