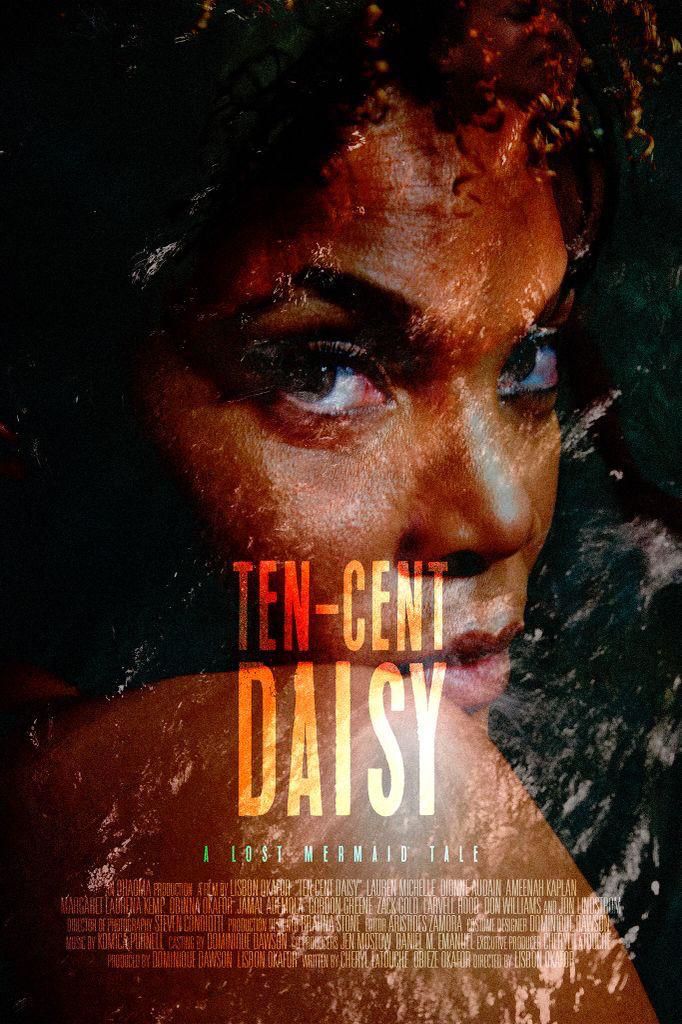 Nigerian born US filmmaker, Lisbon Okafor has had his directed feature film “Ten Cent Daisy” screened at American Black Film Festival which ended on the 14th of November.

The Film 10 cent Daisy was one of the few films by African filmmakers to screen at one of the biggest black independent film festivals in the world.

Ten-Cent Daisy is Mr. Okafor’s third feature film. He has hundreds of commercials to his credit, repped out of production hubs like HSI, Coppos, and GreatGuns USA. A graduate of the Art Institute of Houston, Mr. Okafor served as Design Director for Smith & Hawken, Creative Director for OSH and Macy’s (west), before founding his own hub, Watarihouse in 2002, and OHAOMA in 2017. He lives in Oakland, CA, with his wife and daughter.

Three sisters from a fishing village in the West Indies take refuge in Berkeley, California, following a traumatic event that threatened to reveal a centuries-old family secret, dating back to the Middle Passage. A decade later, marooned in a foreign land, the bond between the sisters has splintered, leaving the youngest sister— the embodiment of the secret, vulnerable. Each sister is struggling to stay afloat when news from home forces them to reconnect and face the demons that drove them far from home.

Below is an excerpt of the movie

“Ten-Cent Daisy” breathes life into the African oral storytelling tradition. It plumbs the depths of repressed emotions to tell the story of a Caribbean family over multiple generations, from their African roots through the Transatlantic Slave route to the shores of the Americas. The film explores the dynamics of dealing with family trauma. It acknowledges that we are gifted in different ways. We each respond differently to obstacles that must be overcome to truly reconcile the past, and reach out to an unknown future, together.

The idea for the story took shape twenty years ago when I traveled to the island of Grenada for my mother-in-law’s funeral. I learned of a local girl who was ostracized by her family and community because of her “peculiarities.” No one would speak to these peculiarities; except she was different enough to warrant a collective shun. Her story reminded me of a similar situation in my village in eastern Nigeria, where I was born. A young girl with Down syndrome was teased and humiliated for years out of sheer ignorance about her condition. The tendency to treat people we don’t understand differently is all too common and deserves to be exposed and condemned wherever we find it. I wanted to mobilize such a character to explore what happens to a family once the matriarch—the heart of the family, is out of the picture.

Many years later, I shared versions of the tales with my young daughter as bedtime stories. She grabbed on to the fantastical elements of my embellished version. Her wide-eyed interest in the folk tale themes inspired me to embrace magical realism as a narrative approach. I had relocated the setting of the news story to my own backyard in the Bay Area. The style presented a rare opportunity to explore the difficulty of navigating life as an immigrant woman of color in America. The real challenge between those that can cope, and even thrive in a new society and those that can not—perhaps they belong in their true habitat. And of course, the ones like me that straddle both worlds, alienated and unable to find their footing in either world. It provided an elegant way to tackle broad social issues using symbolism and metaphors. In effect, the story had evolved into a cross-cultural folktale about the origins of a mermaid, the myth of mother—nature, and ultimately an allegory of social discrimination and the effects of colonialism