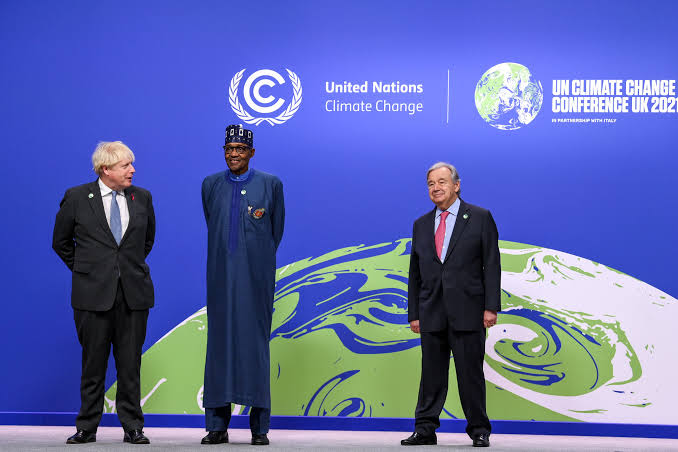 With COP26 underway, WaterAid is calling on world leaders to meet their $100 billion climate finance commitment sooner than 2023, as estimates show that just during the 12 days of the summit, women in developing countries will miss out on 2.5 million working days globally due to a lack of basic water services nearby.

With women and girls usually responsible for collecting water, the lack of these services means they often have to walk for hours to get clean water, leaving them no time to work and no capacity to respond to climate impacts. These impacts can themselves hamper access even further as water sources become less reliable or flooded and polluted, and journeys get longer.

Last week, rich nations published a Climate Finance Delivery Plan, confirming they won’t deliver on their long-promised target of $100 billion each year to support poorer countries battling the impacts of the climate crisis. The target is expected to be met by 2023, three years later than promised.

However, WaterAid warned that many people can’t wait that long, as frequent flooding and longer droughts are a matter of life or death for many vulnerable people on the front lines of the climate crisis. Climate change is likely to exacerbate these impacts for millions of people already living without clean water, decent toilets or good sanitation, the organisation said.

During the 12 days of COP26, estimates show the urgent need for action. A lack of basic water means communities on the front line of climate change are already struggling with overlapping crises and it’s costing lives:
8640 children under the age of five around the world could die from diarrhoea caused by dirty water and poor toilets.

A woman responsible for water collection will spend 60 hours, or 20% of COP26, collecting water for her family of four to drink, cook and wash with. 2,880 lives of children under five could be saved from diarrhoeal deaths if everyone, everywhere, had access to clean water.

“The news that rich countries won’t deliver on their promise of $100bn a year for developing nations until 2023 is threatening to derail the COP26 summit. World leaders must recognise poorer nations hit hardest by climate change cannot wait two more years as they continue to carry the burden of richer nations’ inaction.” said Bernard Aryeetey, International Affairs Director for WaterAid,

“Across the globe, mothers and fathers are struggling to ensure their children have access to clean water because of the devastating impacts of floods and droughts caused by climate change.”

“During the 12 days of COP26, women will miss out on 2.5 million working days globally – a figure that could be exacerbated by climate change. Urgent action is necessary and world leaders must see that decisions taken in Glasgow will have the greatest impact on vulnerable communities thousands of miles away.”

In 2009, richer nations, including the UK, committed to supporting poorer nations to protect themselves against the effects of climate change by providing $100bn by 2020. Only 80 per cent of this money has been delivered, according to the latest data. In addition, only a fraction – around 25 per cent – is going towards helping communities adapt, while that should be at least half, according to WaterAid.

Africa is the most exposed region to the adverse effects of climate change despite contributing the least to global warming. The entire continent accounts for less than 4% of total global carbon emissions but is home to 33 of the top 50 countries most vulnerable to climate change.

Nigeria ranks 55th most vulnerable country to climate change – among the top 35% in the world – but only receives USD $1 per person, per year in climate finance. This is for both mitigation – cutting carbon emissions – and adaptation – reducing the impacts of climate change. While developing countries contribute very little to global carbon emissions, they are the least prepared to withstand the effects, with little money allocated towards helping them. The average person in Nigeria accounts annually for emissions of 0.546 metric tonnes of carbon dioxide – compared to the average per capita emission in the United States of 16.5 metric tonnes.

According to Evelyn Mere, Country Director of WaterAid Nigeria, “Climate change has intensified both the sanitation and water crisis. No one can survive without clean water. No one can thrive if they have to struggle to find it. But our changing climate is making life harder for the world’s poorest people who are already struggling to get clean water.

“Far too little is spent on helping the most vulnerable people adapt to the impacts of climate change which is putting the health and lives of millions at risk. The government must respond now to the urgent threat of climate change and recognise the vital role climate-resilient water and sanitation services”.

WaterAid is working with governments, the private sector, development banks and others to develop the Resilient Water Accelerator, a coalition launched by HRH The Prince of Wales, which aims to increase funding to support the most climate-vulnerable communities around the world to adapt to the impacts of the climate crisis. When fully funded, it aims to reach 50 million people in water-stressed areas with climate-resilient water resources and services by 2030.

At COP26, the founding partners and supporters of The Resilient Water Accelerator will host a private multi-sectoral high-level roundtable to discuss progress of the initiative to date and how to collectively work together to enable the next phase of the initiative – laying the foundation for the in-country operationalisation over the coming years. The event will be the first convening moment for the different stakeholders involved, from country partners – including Nigeria, who will be represented by the Honourable Minister for Water Resources, Engr. Suleiman Adamu – to donors and delivery organisations. The event will provide an opportunity to take forward the Resilient Water Accelerator towards its goal of boosting the resilience of 50 million vulnerable people living in water-stressed areas by 2030 by helping them design comprehensive climate-resilient water security programmes and unlock new sources of financing.