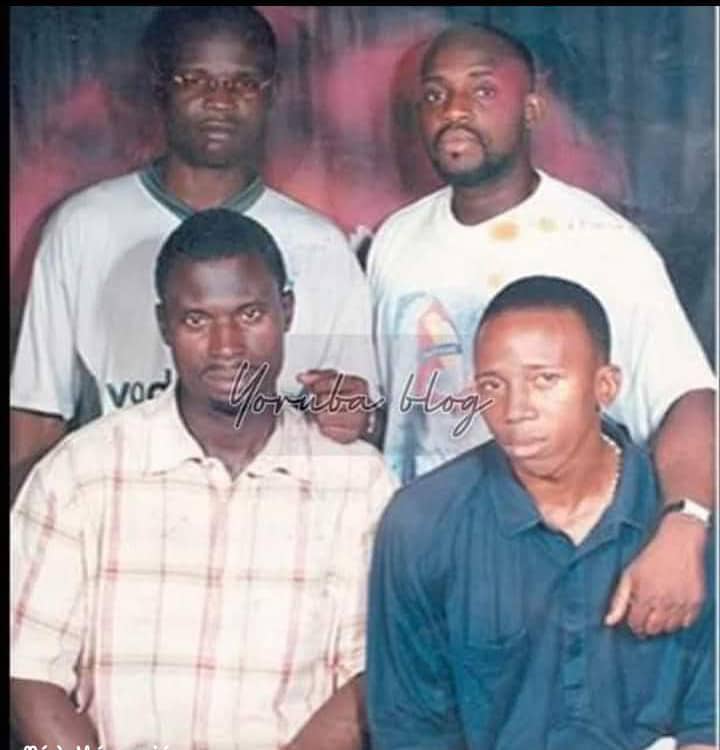 Even after 28 Years of annulment of June 12 Elections in Nigeria, several unsung and forgotten heroes amongst the youth whom out of bravery went out of their ways to express their displeasure about the annulment of what had been called the most credible elections in the History of our nation continue to linger our memories.

The flashback of four Nigerian teenagers, who were irked by the illegal and unjust annulment of the June 12, 1993 general election by the Ibrahim Babangida administration, hijacked a Nigeria Airways aircraft flying from Lagos to Abuja and diverted it to Niamey, Niger Republic till fresh like it happened just yesterday.

The incident took place on a Monday, October 25, 1993, at a time Ernest Shonekan, then Interim President, was struggling to hold a chaotic country together.

The young men — Richard Ogunderu, Kabir Adenuga, Benneth Oluwadaisi and Kenny Rasaq-Lawal — boarded the flight quite gently and waited till the pilot announced that passengers could unfasten their seat belts.

According to an account of the incident, as was later relayed by Ogunderu himself, the boys signaled to one another and seized the plane.

Passengers aboard the aircraft, including top businessmen and senior government officials, were bewildered to hear a voice, different from that of the pilot, addressing them in the moments that followed.

“Ladies and gentlemen, this plane has been taken over by the Movement for the Advancement of Democracy,” the rather tiny voice said. “Remain calm, we will not harm you. You will be told where the plane will land you.”

Ogunderu recalled that “the air hostesses were almost stone-dead, gripped by fear. They must not move else they would ‘be dead.’”

A passenger who was in the toilet was said to have remained indoors until one of the hijackers came to pull him out.

“We wanted change. Our action confirmed that when a system is inhumane, it could produce the extreme in all of us,” Ogunderu said in an interview in 2009.

Ogunderu was the leader of the pack and he narrated how he kick-started the hijack.

“I walked into the cockpit and seized the process, and then the others followed me. Two of us stood in the plane to intimidate the passengers. We took over the plane and asked the pilot to head for another country.”

DIVERSION TO NIAMEY
Independent sources said the initial plan was to divert the plane to Germany, but when it became obvious that they were running out of fuel, they decided to land in Niamey.

On landing, the hijackers found hundreds of armed gendarmes at the airport, but before then they had distributed their demands among the passengers, calling on the Nigerian government to overturn the annulment of the June 12 election and swear in MKO Abiola, the acclaimed winner of the election.

They gave the government 72 hours to meet their demands or else they would set the plane ablaze. However, they allowed 34 passengers to go and held onto the remaining 159 among whom were top Nigerian government officials.

The Nigerien police could not attack the plane by force, as they were unaware whether the attackers had military training or possessed explosives that could blow up the plane.

The four held on to the plane for some days, trailed by bait negotiations until the gendarmes stormed the plane to rescue the passengers.

Ogunderu said: “They thought we were asleep, so they came under the cover of the night and fired several shots. They bombarded the plane. I think one person died.”

And so the four ‘musketeers’ were apprehended, their arms cramped on their back as they were handcuffed and taken to a prison in a community with day temperature in the range of 55 degree centigrade.

“We were poorly fed. We could neither speak Hausa nor French and nobody spoke English to us,” Ogunderu said.

“We were fired by the need to actualize June 12 through any means possible. We wanted to demonstrate rare courage that we could save Nigeria from the shackles of repression by giving a sense of courage to Nigerians.”

But he admitted that though they were motivated by the quest for freedom — freedom to choose our leaders — they “reacted in an extreme manner”.

As punishment, Ogunderu and his colleagues spent nine years and four months in prison in Niamey.

They had no contact with relatives and loved ones, from morning till night, for nine years.

But it was not all doom and gloom for the boys while in prison in Ndjamena, as among other things, they learnt how to speak French fluently.

Kabir improved his skill for drawing on canvass, sketching personalities and painting; Kenny kept his fashion design prowess alive throughout the gruesome nine years. Both returned to Niger Republic where their knowledge of French and their professions now earn them a fair living.

Ogunderu and Lawal returned to Nigeria, with the former attending the Alliance Francaise in Lagos where he brushed up his French language with a diploma degree.

Their only regrets, according to one of them, is that the “evil that Nigerians fought against several years back continues to luck around the country’s image”.

“Its unfortunate that our leaders continue to oppress us, the worst being that we cannot even choose our representatives in the face of fraudulent elections and the daring posture of the perpetrators of crime,” Ogunderu said.

MY CONCERN:
How many of those who became prominent on our political platforms through the struggle of June 12 have bothered to reach out to anyone of these men?

Asiwaju of Nigeria & co, you owe them!!!